FIRING ON ALL CYLINDERS, THE WHITE SOX DRY CLEAN THE ATHLETICS AT DOMINICO FIELD 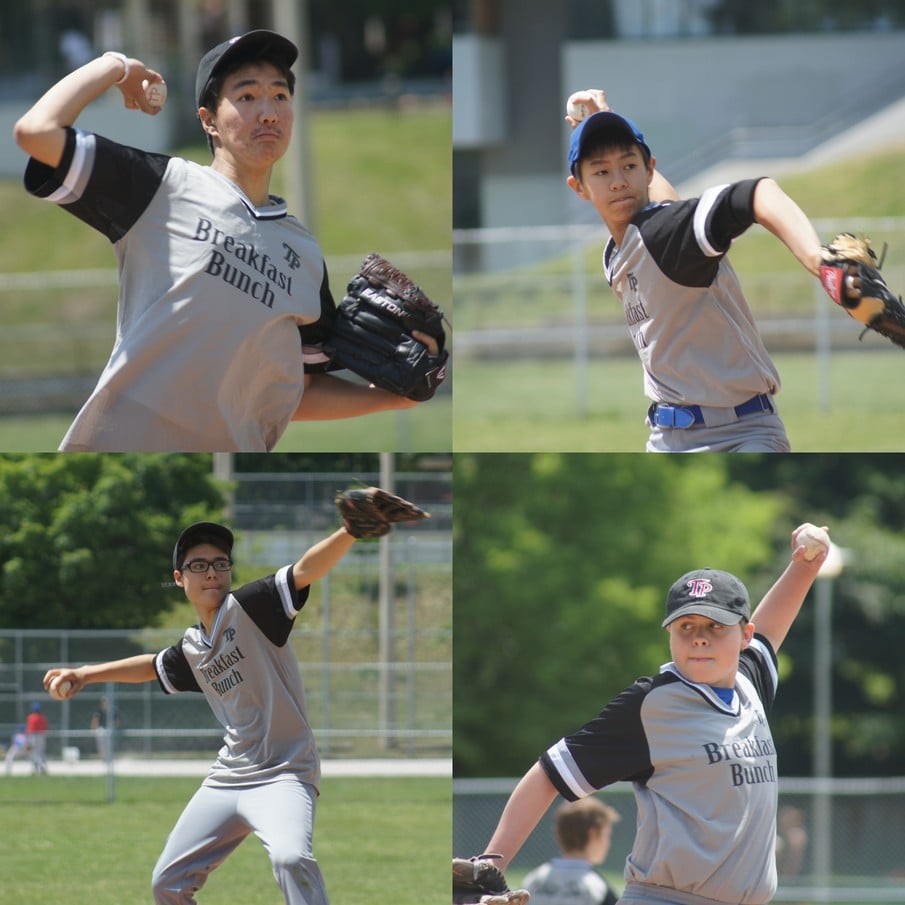 SOCK IT TO ME > Clockwise from the top left: White Sox reliever David (2) made his Bantam Division pitching debut by limiting the A’s to one run in the second inning; White Sox starter Victor (9) threw a scoreless first with one strikeout; White Sox closer Jacob (6) subdued an A’s rally in the fourth by allowing two runs and mowing down two; White Sox reliever Joseph (14) tossed a scoreless third.

Beneath a canopy of wonderful blue skies, the White Sox defeated the A’s 9-3 in four innings of Bantam Division action this afternoon at Dominico Field at Christie Pits.

In a well played affair, the White Sox prevailed by utilizing some solid pitching and making the most of the offensive opportunities that were offered up to them by the undermanned Athletics.