TRAILING 11-8, TORONTO PLAYGROUNDS STAGES AN AMAZING FOUR RUN RALLY IN THE FINAL INNING TO EDGE THE CARDINALS AND WIN THEIR FIRST ROUND ROBIN GAME AT THE MISSISSAUGA MAJORS TOURNAMENT 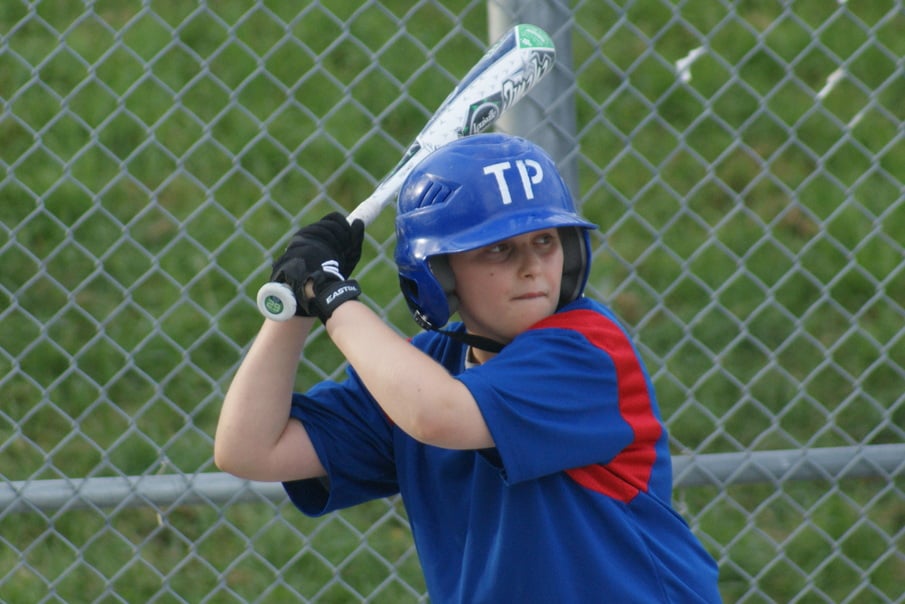 With the game tied 11-11, Aaron (18) delivered a clutch RBI single in the bottom of the fourth that brought home TP’s winning run over the Royal York Cardinals in their second round robin game at the Mississauga Majors Tournament.

Beneath warm glowing skies for miles around, our Toronto Playgrounds Mosquito Selects edged the Royal York Cardinals 12-11 in a thrilling and dramatic four inning showdown this evening to win their first round robin game at the Mississauga Majors Tournament.

Trailing 11-8, a focused and tenacious TP team staged an amazing come from behind rally in the final inning to topple the Cardinals. Exercising discipline at the plate, the Mosquito Selects scored four in the bottom half of the fourth to overtake Royal York.

With their Majors tourney record at 1-1, the Mosquito Selects will play London in their final round robin game tomorrow (Sunday, June 22) morning at 10:30 a.m.