IN AN ELECTRIFYING BARNBURNER, TORONTO PLAYGROUNDS SNAPS A 12-12 DEADLOCK IN THE FINAL INNING TO TOP THE PESKY A’s AND WIN THEIR FOURTH EBA SELECT GAME OF THE SEASON IN A THRILLER AT CHRISTIE PITS 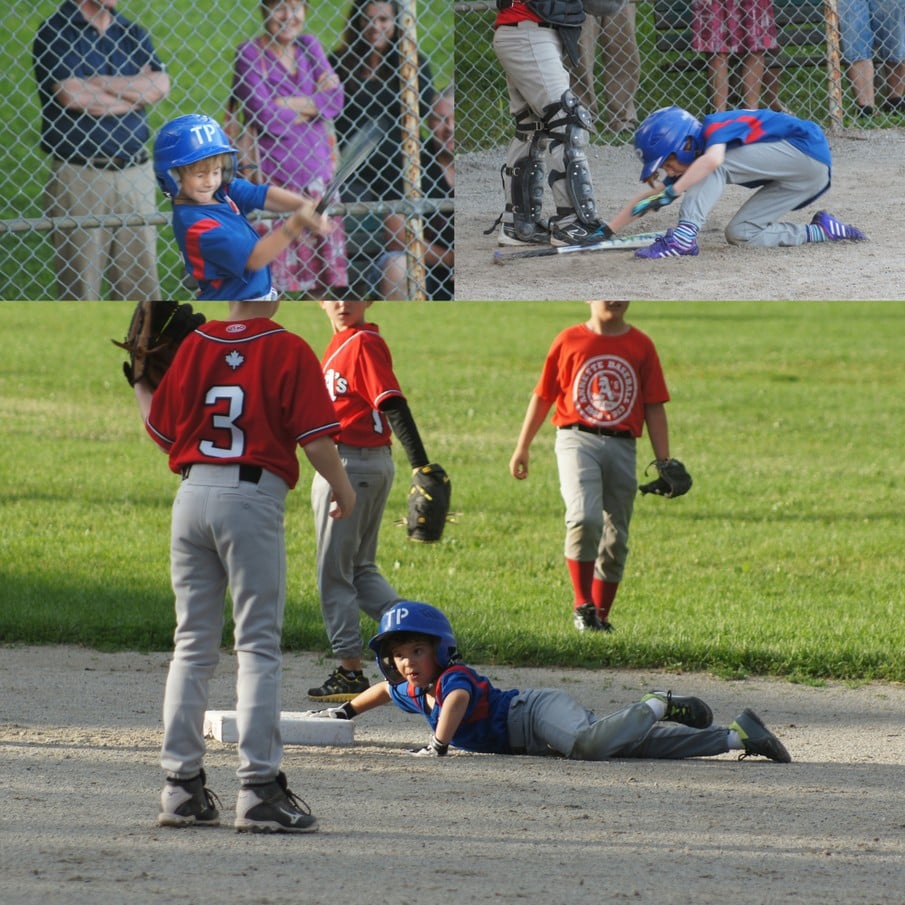 Clockwise from top left: Zev (19) delivers a the game winning RBI single in the bottom of the sixth inning; Hustling all the way from second base, Noah (11) slides home safely with TP’s winning run over Annette; Jordan (1) slides safely into second in head first fashion in the bottom of the third. Jordan’s hustle and energetic play sparked the TP offense as they scored six runs in the third. Additionally, his two out single in the sixth inning kept the inning alive and allowed the Rookie Selects to eventually prevail over the A’s for the win.

With the game tied 12-12, Cooper (27) singled to lead off the bottom of the sixth to put a TP runner on base. Subsequently, with one out, Noah (11) hit into a fielder’s choice that allowed Annette to erase Cooper at second for the second out.

Down to their last out and with a TP runner on base, Jordan (1) entered the batter’s box and delivered a grace under pressure single to keep the inning alive. With a pair of runners on base, Zev (19) hit a clutch RBI single through the middle of the infield that allowed a hustling Noah to motor home with the winning run of the game. 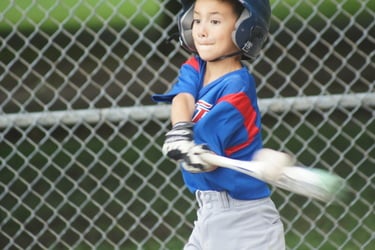 It was a highly entertaining and well played contest between two talented and well coached teams from start to finish. Like two champion boxers slugging it out in the ring, the proceeding was an electrifying rollercoaster ride of runs and emotions as both squads answered each offensive salvo with a counterpunch of their own.

Both teams went down in 1-2-3 fashion in the bottom of the first and the top of the second.

Trailing 1-0, the Rookie Ball Selects answered with three in the bottom of the second to take a 3-1 lead. With one out and two runners on base, Jesse (9) delivered a RBI single that allowed Cassius to come home with the tying run. Daniel (8) followed with a RBI single that plated Ronin (13) with the go ahead run.  After a two out single by Cooper, Solomon (25) stroked a RBI single that brought Jesse home to roost.

Annette answered back with four in the top of the third to retake the lead 5-3. Sam (1) hit a key two RBI double to propel the A’s offensive thrust.

In the bottom of the third, Toronto Playgrounds exploded for six runs to take a 9-5 lead. Jordan, Zev and Charlie (4) led off the inning with three consecutive singles to load the bases. After Jordan was erased at home on Theo’s fielder’s choice, Dexter delivered a one out RBI single to bring home Zev and pull TP within one. Cassius followed with a RBI single that brought Charlie home with the tying run. 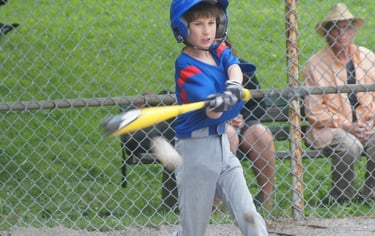 At this point, Ronin powered a two RBI double that allowed Theo and Dexter to motor homeward with the go ahead runs. Jesse followed with a two RBI single that brought Cassius and Ronin home.

Some solid TP defensive play in the top of the fourth kept the A’s off the scoreboard. Second baseman Dexter turned a nice 4-3 putout with first baseman Daniel to record the first out. Pitcher Charlie made a nice catch on a pop up to tally the second out of the frame.

TP tacked on a pair in the bottom of the fourth to widen their lead to 11-5. With one out and the bases loaded, Jordan hit into a fielder’s choice that allowed Cooper to come home from third. Zev followed with a RBI single that scored Noah (11).

However, the pesky A’s refused to surrender into the night as they stormed back with a vengeance in the top of the fifth and scored six runs to even the proceedings 11-11. Annette’s power surge was ignited by a pair of two RBI hits from Chazz and Luciani (5).

In the bottom of the fifth, TP answered with a run to retake the lead 12-11. With the bases loaded, Ronin stroked a RBI single to bring Theo home with the go ahead run.

Shaken, but not stirred, Annette replied in kind in the top of the sixth with a run to tie the game 12-12. Jack (13) delivered a clutch one out RBI single that allowed Anderson (6) to zoom home with the tying run.

At this juncture in the bottom of the sixth, TP Rookie Ball Select Head Coach Jason Koskela convened a meeting with his players near the third base dugout and instructed them to seize the moment at hand. And with authority, TP seized their moment with destiny.