DOWN 11-7, THE ROYALS RALLY FOR FOUR RUNS IN THE FINAL INNING TO EARN A DRAW WITH THE JAYS AT CHRISTIE PITS 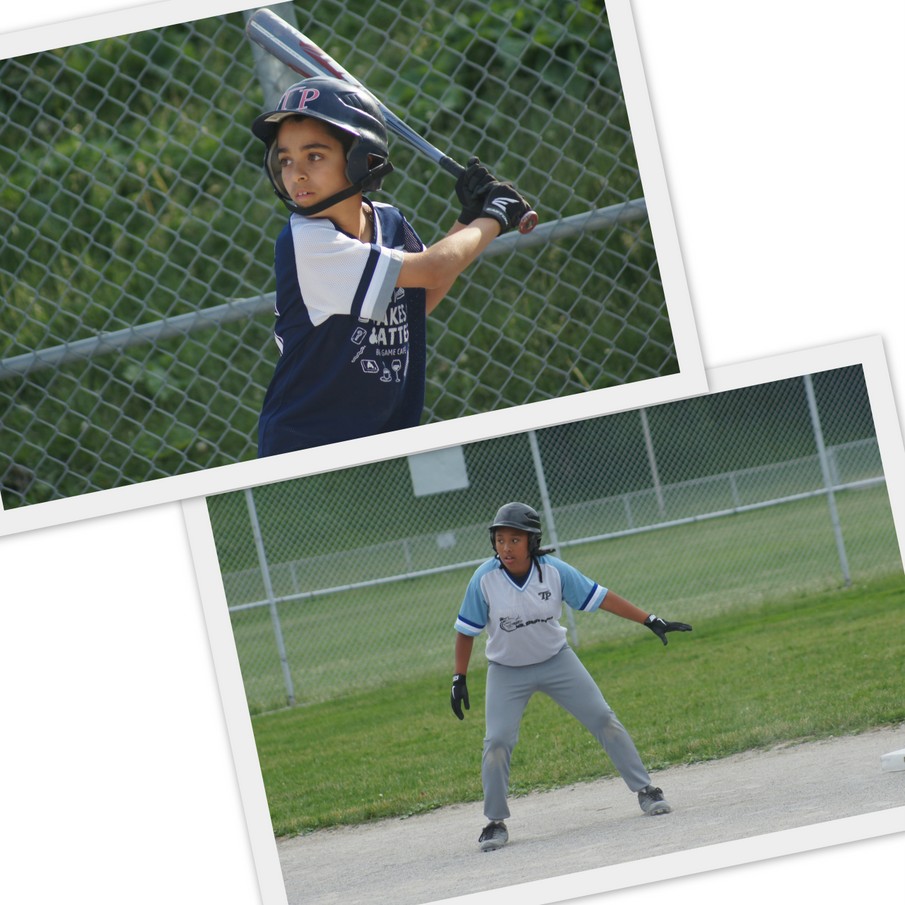 Top to bottom: Jian (15) powered the Royals offense with 4 RBI’s; Elena (3) was a speed demon on the basepaths for the Jays as she brazenly stole home two times.

Beneath warm evening skies, the Royals and Jays played to an 11-11 draw in three barnburning innings of Peewee Division action this evening at Christie Pits Diamond 2.

Here are the game summaries from both teams:

It was another beautiful night at Christie Pits as the Royals hosted the Jays in a see-saw battle with both teams falling short of a full squad of nine players.

Rory (6) got the starting assignment for the Royals in the top of the first and was impressive on the mound as he struck out three while allowing only two runs.

The Royals took the lead in the bottom of the first by scoring three on an RBI double by Jian (15) and single by Molly (4) with Jays starter racking up three strikeouts.

The Jays took the lead in the top of the second by showing excellent patience and base running to go up 6-3 against Royals reliever Hayden (7).

The Royals bounced right back in the bottom of the second to take a 7-6 lead with Jian and Niall (9) cashing in with RBI singles and two more runs coming in on bases loaded attempt to pick off a runner at second.

The Jays went ahead 11-7 again in the top of the third by scoring five against Royals reliever Julian (10) [making his first appearance as a Royals pitcher] who looked gritty striking out two Jays.

In the bottom of the third, the never say die Royals rallied in their last at bat to tie the score with Jian (7) getting his fourth RBI of the night.

But with the bases loaded and one out, pesky Jays closer Dylan (15) closed the lid on an exciting game with an infield pop up and strikeout.