FIRING ON ALL CYLINDERS, THE BOMBERS BURY TORONTO PLAYGROUNDS IN AN ALL OUT OFFENSIVE ASSAULT AT NEILSON PARK 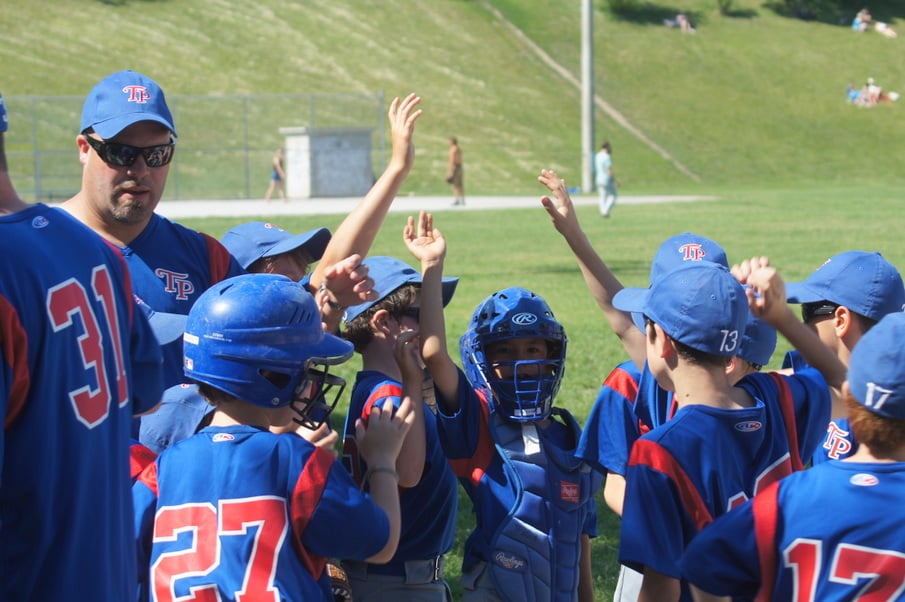 Under a blanket of warm and humid skies, the Bloordale Bombers defeated our Toronto Playgrounds Rookie Ball Selects 29-7 in an Etobicoke Baseball Association (EBA) Select game this evening at Neilson Park.

The Bombers were firing on all cylinders as they cruised to a convincing victory over TP. The Rookie Ball Selects scored four of their seven runs in the final inning.

Here are some TP player statistics from the game:

In a postgame media scrum, TP Rookie Ball Select Head Coach Jason Koskela reflected on the game with Bloordale and the busy week that they experienced:

“The team came out flat tonight and Bloordale made us pay. I think the guys were a bit tired after such an intense weekend of baseball at the Lloyd McConnie tournament last Saturday and Sunday. Still, I expect more from them and they should expect more from themselves.”

“There were some positives tonight. Vincent and Jesse both went 3 for 3 at the plate. I sense that they are breaking out as hitters. Jordan brought his usual high energy and had some good cuts up there. And I’ll also mention Noah, who stroked a couple of nice line drives and tallied an RBI on one of them.”

“We’ll have a good practice on Sunday and refocus for the game against Royal York next week. It’s time for the team to step it up – the playoffs are only a month away.”

The Rookie Ball Selects (4-5) return home to Christie Pits Diamond 3 on Tuesday, July 22 to play their next EBA Select game against the Royal York Cardinals at 6:30 p.m.