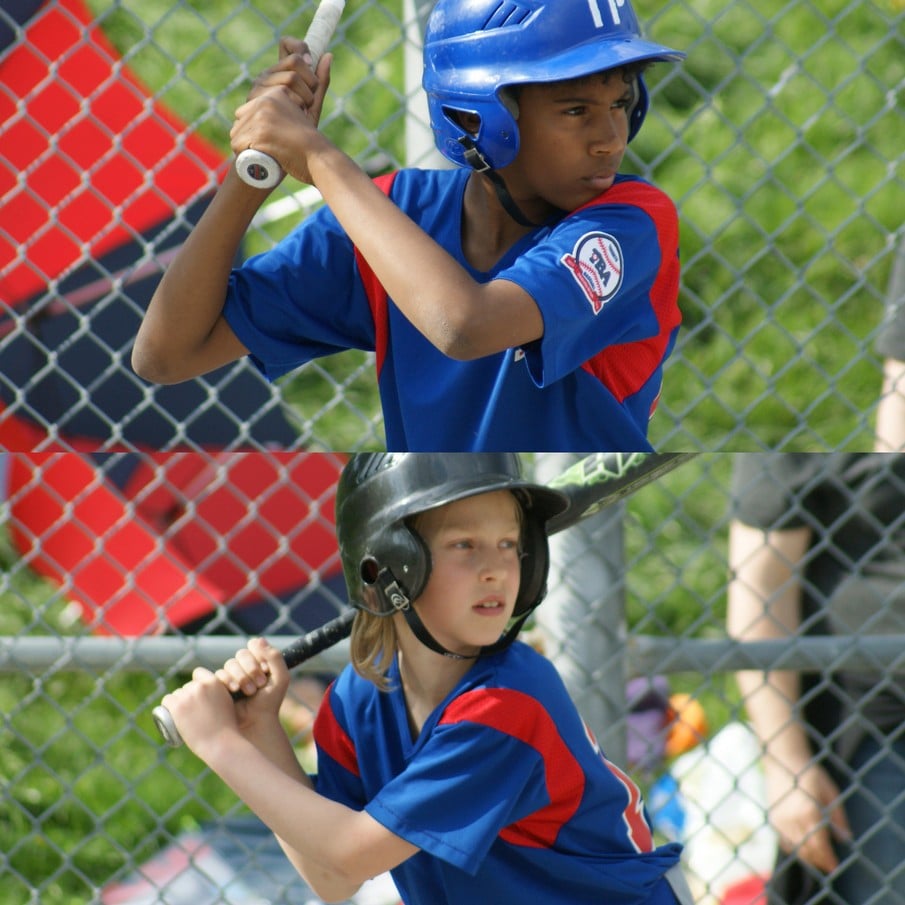 Top to bottom: Nigel (20) led the TP offense with a double and single while scoring a run and garnering a RBI; Louis (16) had a 2 RBI single to go along with two runs scored.

Beneath a layer of sunny and humid skies, the Bloordale Bombers edged our Toronto Playgrounds Mosquito Selects 8-7 in five innings of Etobicoke Baseball Association (EBA) Select action this evening at Millwood Park.