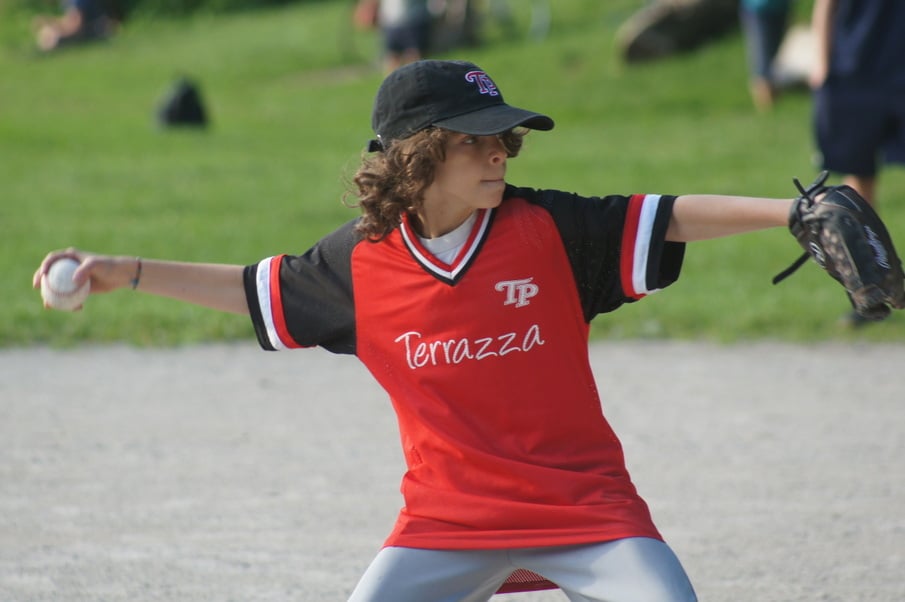 With the game on the line, Cardinals closer Joseph (5) struck out the Pirates potential tying run at the plate to bring the proceedings to a close.

The Cardinals held off a last inning rally to add one more to the W column with an 8-5 win over the Pirates at Christie Pits Diamond 2.

Cardinals Head Coach Aaron Law is really proud by how the team bounced back from a couple of very tough losses. The players looked alive and gave 100% effort hitting, fielding and base running.

The first notable play came in the first inning when Thomas (6) made a nice tag at third to get an out.

Another notable play came at third with Issac (12) catching a pop fly to get the first out of the last inning.

Cardinals reliever Joseph (5) had a great outing at pitcher by striking out the tying run to end the game in the bottom of the third.

High drama on the field tonight!

An offensive explosion in the second inning wasn’t enough for the Pirates this evening, as they succumbed 8-5 to the Cardinals on a beautiful summer evening at Diamond 2 in Christie Pits.

The game got off to a promising start for the Buccaneers, when Charlie (3) pitched a three-strikeout first inning, and held the Cardinals to a single run.

In the second inning, Jasper (11) pitched for the first time this year and, showing a fastball that frequently hit the mark, notched a strikeout and lots of good, hard pitches.

The Pirates scored four of their five runs in the second inning. With the bases loaded, Charlie smacked a single that scored Jeremy (4) and Aaron (2). At the very next at bat, Will (13) drove a hard grounder to the outfield that scored Oscar (1) and Charlie.

The Pirates then held the Cardinals to three runs in the top of the third, an inning that featured three sparkling defensive plays. On the first, Olivia (6) – who was pitching in the third – snagged a grounder to the mound and made a perfect throw to first base, where Charlie made the catch for out number one.  Charlie made out number two when he hustled into foul territory off the first base line to catch a foul popup. And the final out of the inning came when Olivia scooped up another grounder and – heeding the coaches’ advice that there was an out to to be had at any base – tossed to Alexia (14) at third base. Alexia made the catch for out number three.

Heading into the bottom of the third and final inning, the score was 8-4 Cardinals. The stage was set for a rally, with the Pirates needing five runs to win. Mark (12) got things started with a one-out single, then stole second and third base. He was later walked home by Alexia.  The Pirates’ bats then went silent, however, and the Cardinals got a well-deserved victory.