IN A FELINE LAWDY MISS CLAWDY OVER THREE INNINGS, THE BOBCATS AND LEOPARDS BATTLE TO A TIE AT CHRISTIE PITS 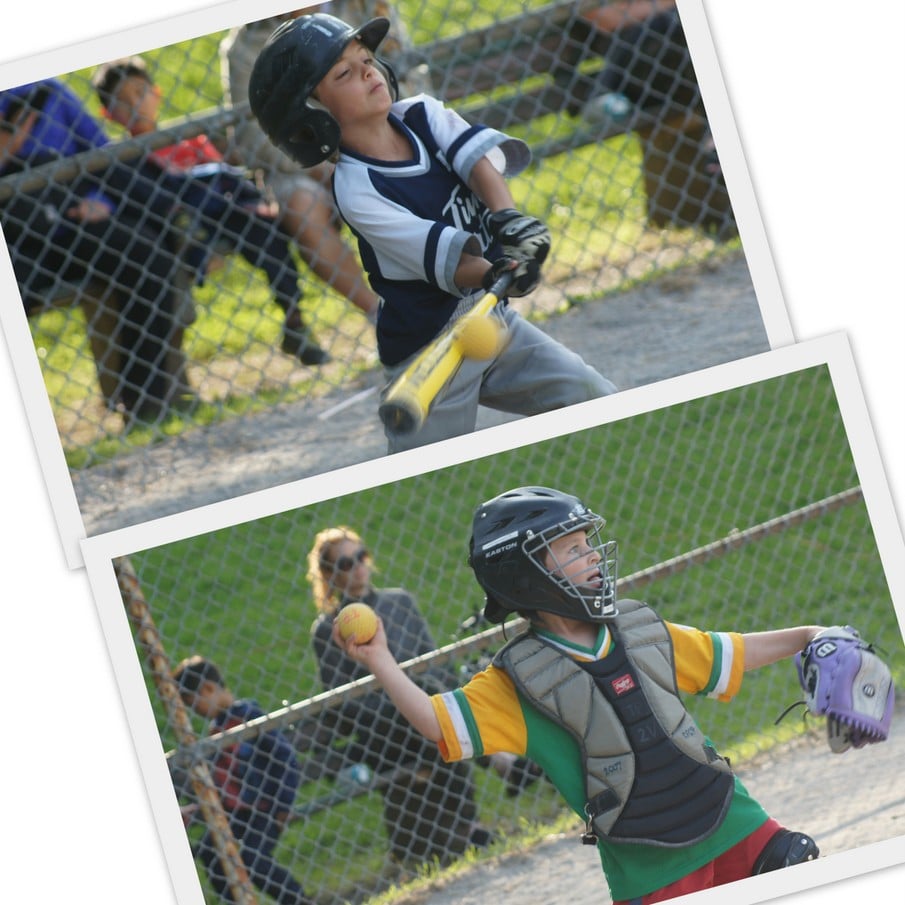 Top to bottom: Leon (16) crunches a mojo jojo hit for the Bobcats in the first inning; Leopards catcher Solomon (10) make his throw during the third inning at Christie Pits Diamond 3.

Under a ceiling of cool summer skies, the Bobcats and Leopards battled in a Rookie Ball “Monday” Division showdown of feline proportions this evening at Christie Pits Diamond 3.

For three epic innings, the Bobcats and Leopards scratched and clawed for every hit and run in a proceeding that brought rapturous joy to the fans in attendance.

And after TP Umpire Joel Scott had dispensed the catnip to restore a modicum of order, he declared that the Bobcats and Leopards had battled to tie.

A fitting conclusion to an exciting and well played game.