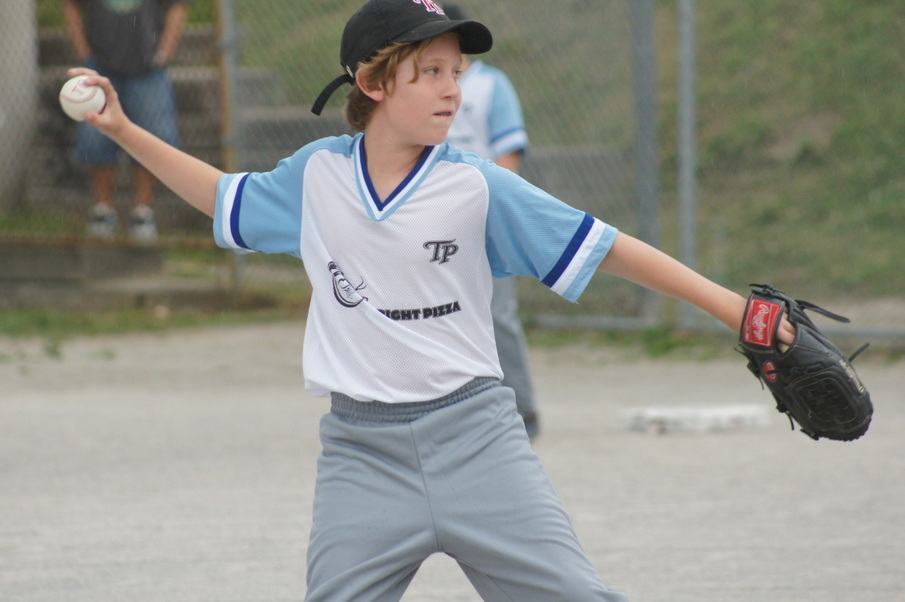 Beneath a canopy of breezy sumeresque skies, the Jays defeated the Lizzies 8-5 in 2 ½ innings of Peewee Division play this evening at Christie Pits Diamond 2.