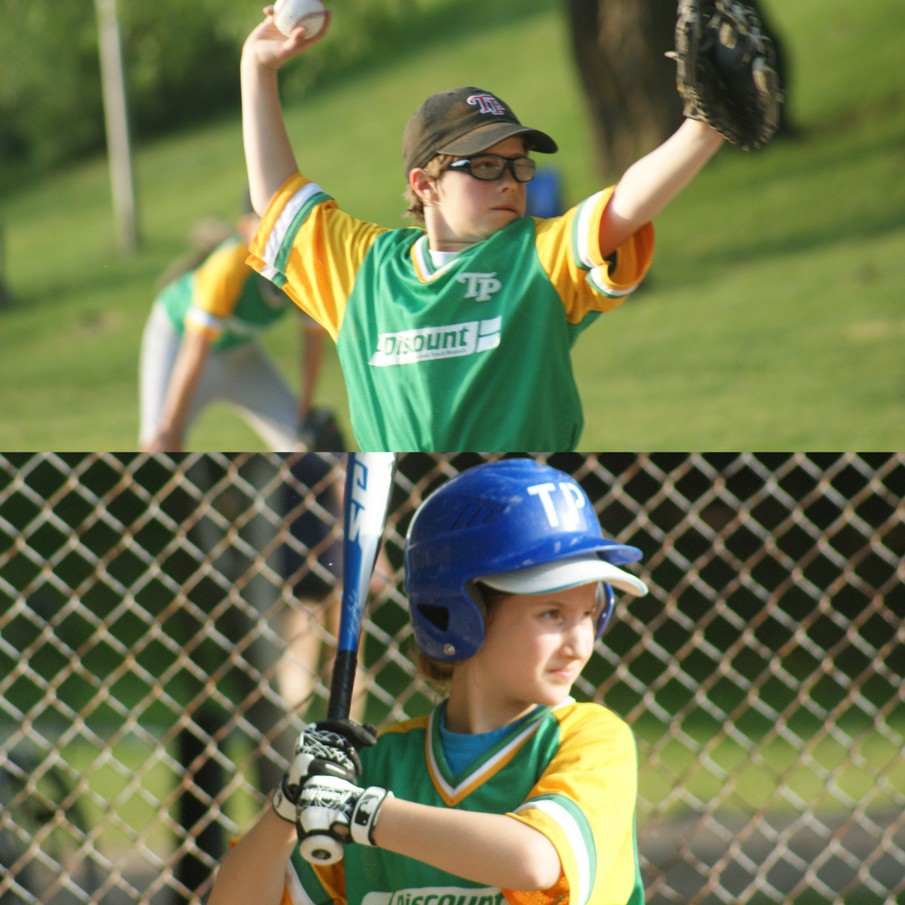 Top to bottom: Mets starter Zenon (10) pitched a scoreless first inning by efficiently recording three outs on the first four batters that he faced. With grit and determination, Veronika (1) collected her first hit of the Mosquito Division base hit of the season for the Mets.

“It ain’t over till it’s over. “ – Yogi Berra
Beneath picturesque summer skies, the Mets squeaked by the Giants 8-7 in 2 ½ innings of Mosquito Division action this evening at Christie Pits Diamond 3.
In a somewhat confusing and mixed up game, the Mets offered two players as free agents to the Giants in a last minute trade due to low player numbers resulting from the dog days of summer. And in the end, everyone played their best.
Mets starting Pitcher Zenon (10) quickly closed down the first four batters to get his three outs in the top of the first.
Giants starter Teddy (12) was able to get two outs on the first three batters that he faced in the bottom of the first. Then the bats started working for the Mets as they scored four runs in the first on RBI’s by Thor (14), Georgia (7) and Dean (9) to take a 4-0 lead.
The Giants answered back by scoring four runs in the second with RBI’s by Alden (7), Aiden (11) and Rory (11) to even the proceedings 4-4.
However, the Metropolitans replied with four runs in the bottom of the second to retake the lead 8-4 [with a special shout out to Veronika (1) for her first hit].
In the top of the third, the Mighty Giants gamely rallied for three to make it a one run game.
However, the Mets closed down the inning with bases loaded with Giants. The Mets defense made an outstanding one out unassisted double play to seal the deal on a pop fly to third, caught by third baseman Dean (9) as he headed back to cover his base and catches the Giants base runner stepping off his base to record the final out.