FIRING ON ALL CYLINDERS, THE GO GO LIZZIES JAIL THE ARTFUL DODGERS TO MAKE OFF WITH THE GOLDEN KEY OF SWEET VICTORY AT CHRISTIE PITS 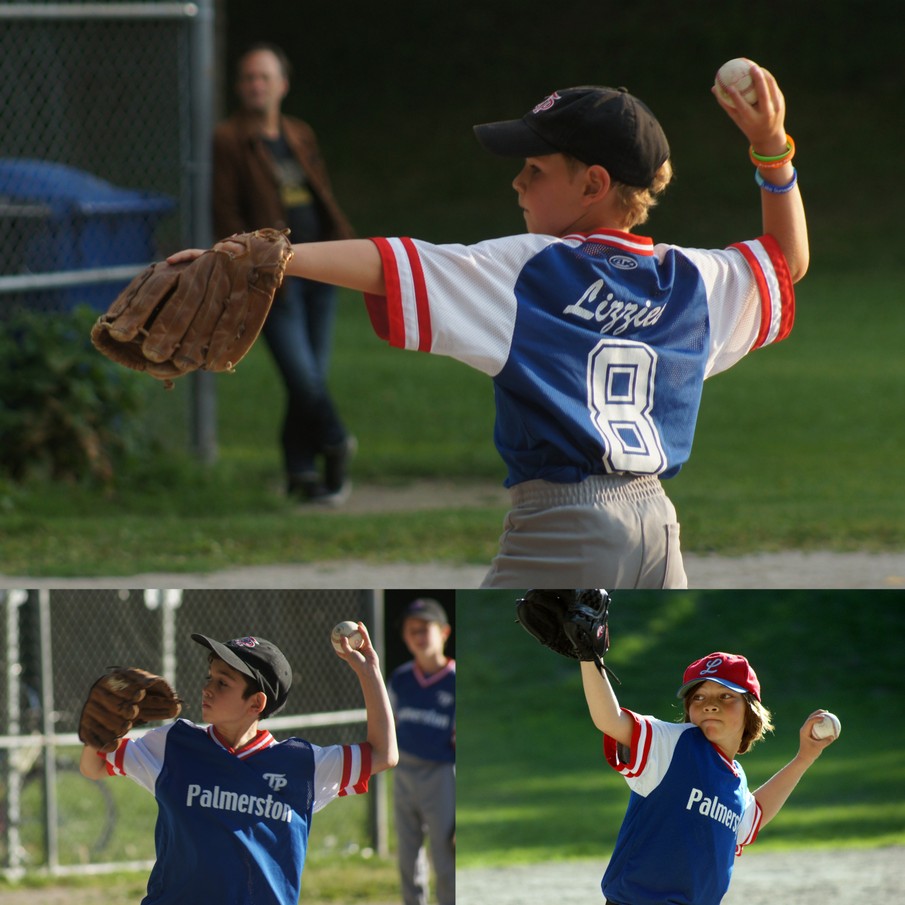 CLAMPDOWN > Clockwise from the top: Lizzies pitchers Sam (8), Riley (11), Lewis (10) and Daniel (4) [not pictured] combined to limit the Dodgers to two runs over four innings.

Underneath a hazy canopy of summeresque skies for miles around, the Lizzies defeated the Dodgers 14-2 in four innings of Mosquito Division play this evening at Christie Pits Diamond 3.