IN A TIGHT MUTINTY ON THE BOUNTY AFFAIR, THE BUCCANEERS STAGE A JOLLY ROGER COMEBACK TO OVERTAKE THE GRITTY METROPOLITANS AND SEIZE THE GOLD DOUBLOONS OF SWEET VICTORY AT CHRISTIE PITS 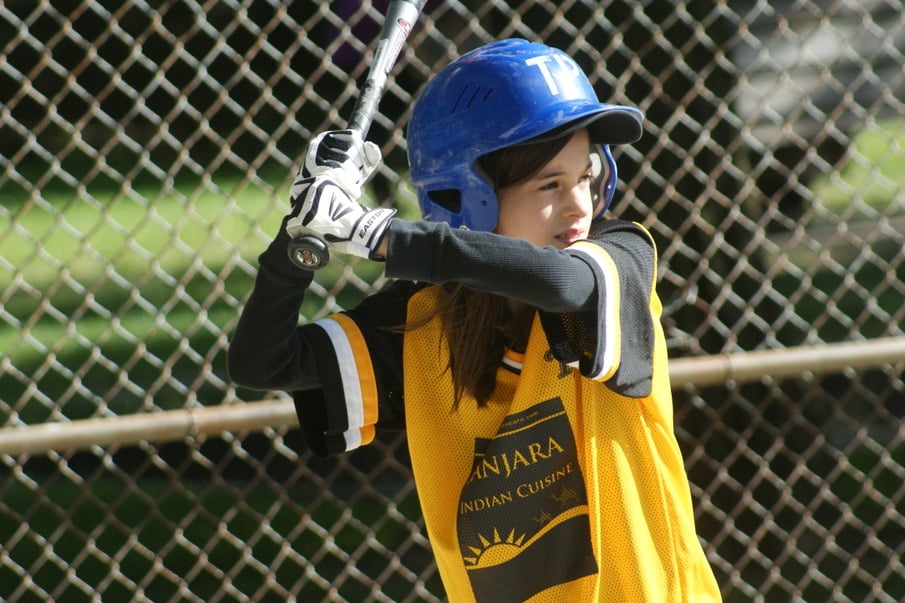 Alexia (14) sparked the Pirates offense with two shiver me timber steals of home. Alexia also made a pair of Gold Glove defensive plays that stymied the Mets offensive attack.

Beneath a ceiling of warm and glorious skies in the midst of the dog days of summer, the Pirates edged the Mets 6-5 in three exhilarating innings of Mosquito Division action this evening at Christie Pits Diamond 2.

Here are a pair of game summaries chronicling the pitched battle for the mizzenmast between the Gnarly Pirates and the Amazin’ Mets:

It was a pitching duel on both sides, but the Pirates swung the momentum with their defense led by the Pirates player of the game Alexia (14).

In the first inning, Pirates starter Adi (7) started the proceedings off by striking out the first Mets batter. Bucs catcher Mark (12) got the second out of the inning on a pop up to the backstop, getting up quickly and showing great reflexes and awareness to find and catch the ball.

Pirates reliever Mark (12) pitched a scoreless second inning by giving up just a single hit with a strike out.  Andre (15) caught for just a second time for the Buccaneers and did a great job by giving Mark a target and squeezing the close pitches. Mark was also aided by a great catch from Alexia playing right field. The Mets batter skied a mammoth fly ball to right, but Alexia tracked it down and snared a sure double for the out. Mark then made the final out on a snow cone grab on a soft infield pop that wanted desperately to land fair.

In the bottom of the second, the Pirates got onto the score sheet, with walks from Alexia (pair of stolen bases) and Joshren [Rookie Ball call up also with a stolen base]. Leandro (15) [on loan from the Mets] hit into a fielder’s choice for the first run of the game. Veronika (1) [another loaner from the Mets] then hit an infield single, and stole second base. Then the mighty Andre (15) stepped up and drilled his first hit of the year, scoring another Pirate run to trail 4-2. Andre would then steal second, but that’s all the Pirates could muster.

In the third inning, Leandro pitched a solid inning of relief for the Bucs by striking out two Mets while giving up just a single run. Alexia then ended the inning with another fine defensive play by grabbing a hard grounded down the first base line and playing a trick hop at the end to comple the force out.

Bottom of the third…queue the Pirates comeback. With the Bucs down 5-2, Mark led off the inning with a full count walk. Adi then smashed a single down the third base line moving Mark to third. Adi then stole second, opening a base for Alexia to squeeze out a walk to load the bases.

Joshren then stepped up and earned an RBI walk on yet another full count in between a steal of home for Adi (Alexia taking third on the play). Ella (8) then walked to reload the bases, and Alexia sprinted home for a second consecutive swipe of home. Leandro then walked to load the bases. Veronika followed and took a close pitch to walk home the final run and complete the Pirate special (a.k.a. THE COMEBACK!)

The Pirates scuttled the Mets 6-5.

To “scuttle” means to sink one’s own ship and that’s exactly what happened when a shorthanded Pirate crew was handed two terrific players from the Mets [Leandro (15) who helped to the load bases in third; and Veronica (1) who walked in the winning run for the Bucs].

Once again, the Mighty Mets turned up in great numbers during the mid summer lull, filling in on the field and loaning players, all in good spirits and with a positive attitude.

One final single by Eli (12) in the third was not enough to hold the Pirates at bay as they got their three outs and proceeded to get the four runs they needed to finish the game.