IN A GESTURE OF GOODWILL, THE CITY OF TORONTO HAS BEGUN ITS OVERTURE TO ADDRESS TP HOUSE LEAGUE BASEBALL’S CONDITIONS TO VACATE ITS HISTORIC TEE BALL DIAMOND AT BICKFORD PARK 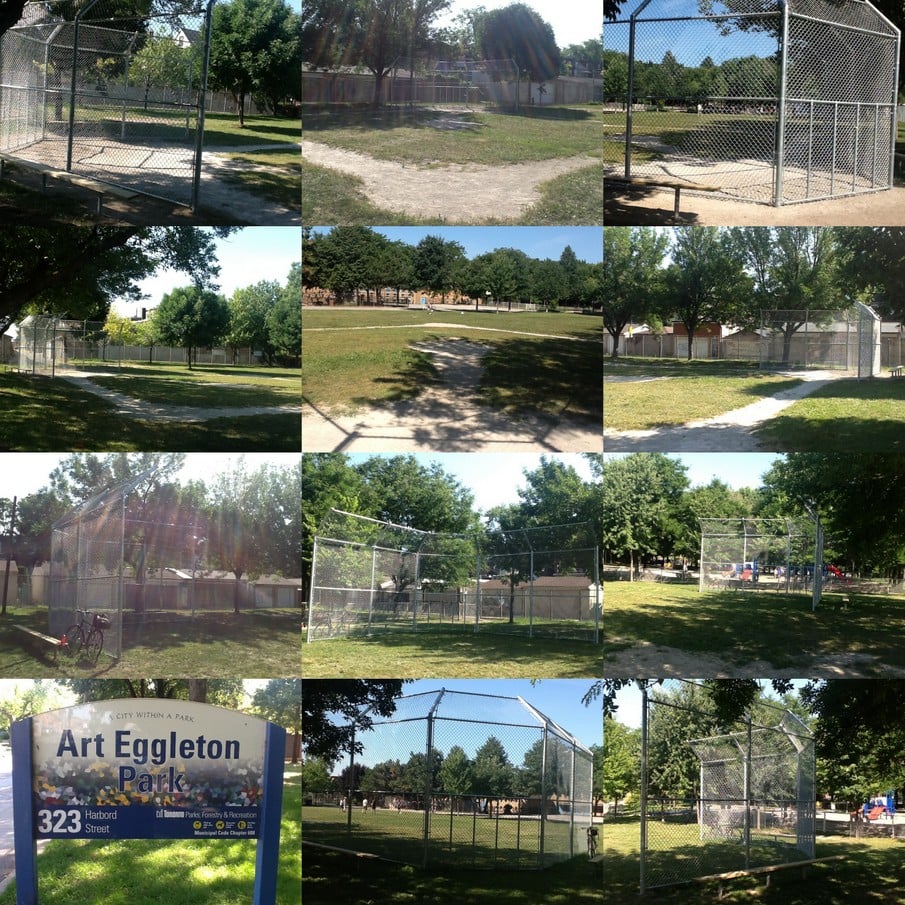 Many of you have seen the letter and map/diagram distributed by Toronto City Councillor Mike Layton. In the letter, it states that part of this new plan calls for our Tee Ball program to be moved from Bickford Park to Art Eggleton Park.

Art Eggleton Park is larger than many people think…it goes from Harbord Street back to the south end of the Montrose schoolyard, where Beatrice Street curves to meet Montrose Ave. The area being discussed for the Tee Ball program is the grass covered area beside the Montrose schoolyard, south of the playground. That grassy area is City of Toronto property. The diamonds have actually already been built…the one at the north end of the field is new and the one at the south end is also new but replaces the backstop that was there previously.

When the idea of us relocating from Bickford to Art Eggleton was first being pushed by residents living beside Bickford Park, it was simply for us to go there “as is”. The Committee made it clear to the City that that was not acceptable in terms of the condition of the backstop and the field. When the idea of a new facility was then introduced by Councillor Layton, we pointed out that, with demand for our Tee Ball program continuing to grow, giving up one diamond to get one diamond wouldn’t help us enhance our program.

Eventually the idea of having two diamonds in Art Eggleton Park that we would be able to permit as much as we needed was put forward. Even though this would clearly allow us to build and enhance our program, there were still questions around facilities, seating for parents, storage of equipment, and washroom facilities that we told the City required answers and a plan.

The Committee also told the City that we wouldn’t agree to any move without having the new facilities completed…we’re not giving away anything without finished diamonds. The Councillor understood and supported this approach. As we’ve mentioned already, the two diamonds (to our favourable surprise) have already been built…mind you, a lot of fine tuning will still need to take place.

If all of the things that we’ve said we need are provided and we do move our Tee Ball operations to Art Eggleton Park in the future, it will be the end of a wonderful and special time that our league spent on that north diamond in Bickford Park…so much of what we are as a league today was planted and grew there. That being said, having two Tee Ball diamonds that we can use for our program (especially side by side) will offer great opportunities for us to improve and enhance our program even more.

Two things that jump out right away are the ability to have somewhat smaller Tee Ball teams (but we’re not committing to any particular number…sorry coaches!) and also the ability to have junior and senior Tee Ball…4 and 5 year olds playing together and 6 and 7 year olds playing together. The chance to use the diamonds four or five days a week for Tee Ball will give us more flexibility in the choices we offer parents regarding the days their children play, and more flexibility for parents is a very good thing!

The Committee will be communicating more in the coming weeks regarding the Bickford Park situation, but we just wanted to address some of the questions we’ve had from parents since Councillor Layton sent out his letter. If things continue to progress as they have been in terms of our Tee Ball program and the facilities being built in Art Eggleton Park, we feel it will be a positive development for Toronto Playgrounds House League Baseball!

Thanks again for all of your continuing support of our program.