IN A TIGHT AND LOW SCORING AFFAIR, THE RED BIRDS PREVAIL OVER THE METROPOLITANS TO EARN A SWEET VICTORY AT CHRISTIE PITS 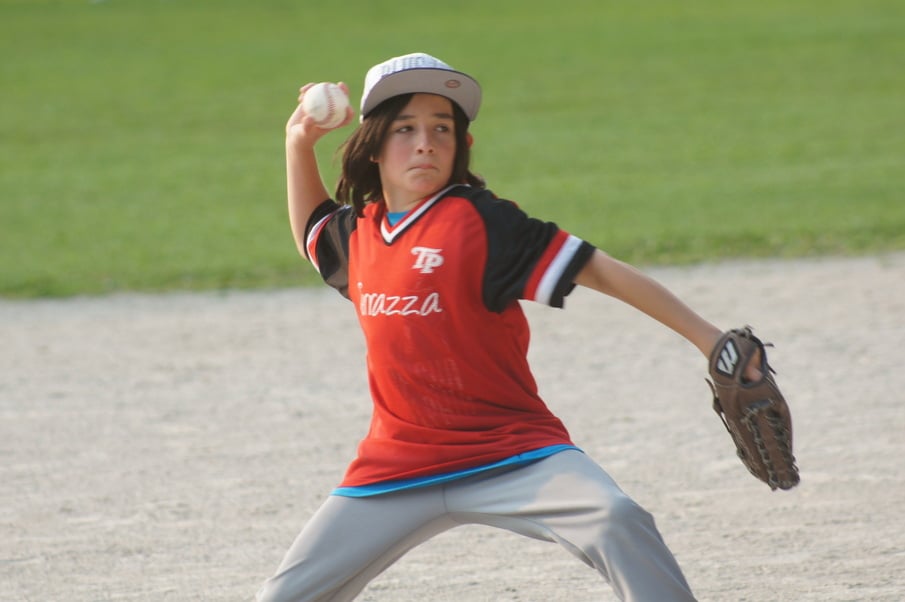 Protecting a slender one run lead, Cardinals closer Isaac (12) pitches a shutout inning in the third to seal the deal on a 4-3 win over the Mets.

The Cardinals really came together as a team in the last game before the ‘September Madness’ playoffs.

The Cardinals held off a strong Mets squad, ending up on top 4 to 3 in three innings.

Rookie Cards starting pitcher Maggie (13) and second time relief pitcher Owen (9) had great outings, followed by closer Issac (12) who got the save by pitching a shut out third inning. All pitchers did well under pressure, stranding six Mets runners left on base.

It was great to hear the players in the field encouraging the pitchers, and backing up their encouragement with some good plays in the field.

The offensive highlight of the game was the top of the second when the Cardinals’ bats came to life to score a four run inning. Piper’s (8) aggressive base stealing opened the scoring with the team’s first run.

Taio’s triumphant return from Japan League ball included a heads up pick-off at first and a single leading to two stolen bases.

Joseph (5) was rock solid throughout with several great backup plays in the infield.

Cardinals first baseman Nigel (4) did a great job of handling an infield grounder and trotted to first for the final out in the third.