WITH A DOMINATING 13-0 VICTORY OVER THE TWINS GREY, THE TP MOSQUITO SELECTS WIN THEIR THIRD PLAYOFF ELIMINATION GAME AND ADVANCE TO THE SEMI-FINAL ROUND OF THE MOSQUITO SOBA PROVINCIAL FINALS 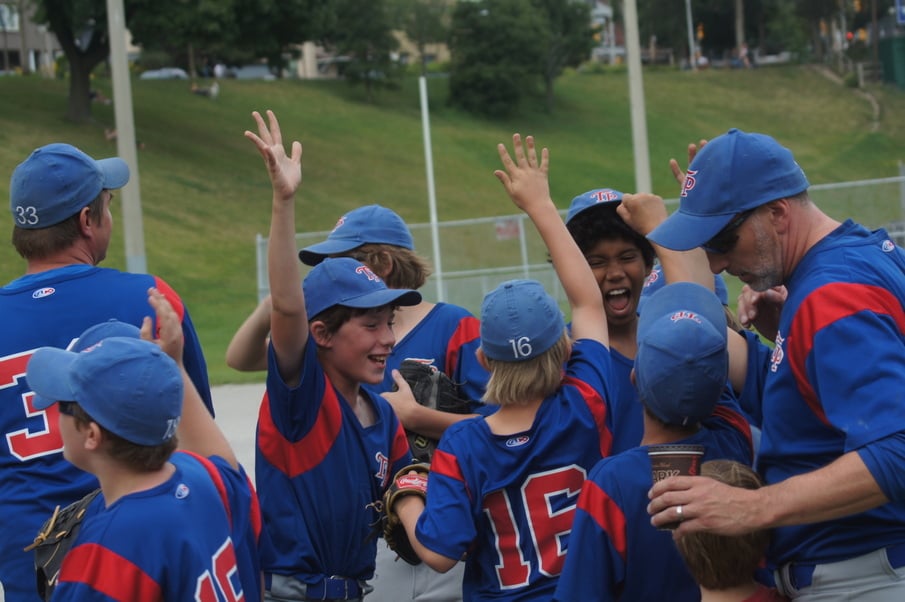 Beneath a ceiling of warm and humid summer skies, our Toronto Playgrounds Mosquito Selects shutout the Mississauga Twins Grey 13-0 in four innings this afternoon at Richmond Green Diamond 2 to win their third game at the Mosquito Select Ontario Baseball Association (SOBA) Provincial Finals in Richmond Hill.

With the victory, TP (3-1) remains alive at the Mosquito SOBA Provincial Final playoffs and will advance to the semi-final round of the provincial championship playoffs. The Mosquito Selects will play an opponent still be determined at 2:00 p.m. this afternoon.

With a thrilling 8-7 opening night victory over the West Hill Blue Hawks on Friday evening, TP suffered their first loss at the SOBA Provincial playoffs yesterday afternoon when the Mississauga Twins Grey defeated them 11-2 in 4 ½ innings at Richmond Green Diamond 3.

With their provincial championship dreams on the line, TP bounced back with authority on Saturday  evening with a huge 9-4 win over Guelph to stave off elimination.

Toronto Playgrounds avenged an earlier loss to Mississauga by blanking the Twins Grey 13-0 early this afternoon to earn an opportunity to play in the semi-final round of the Mosquito SOBA Provincial Championship Finals.