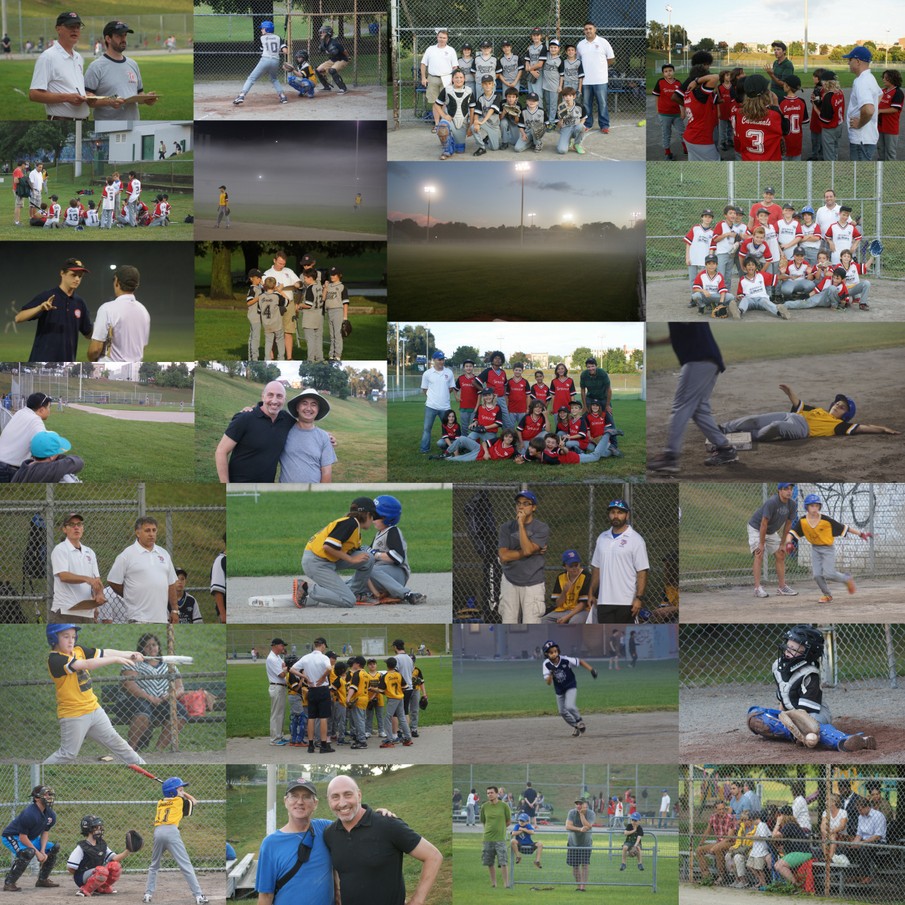 Neither rain or dense fog could prevent ‘September Madness’ from beginning yesterday evening at Christie Pits.

Despite the spitball that Mother Nature dished out at us, all five tournament playoff games that were scheduled on Tuesday were played.

An energetic group of volunteers (Coaches, Parents, Umpires and TP Baseball Officials) pitched in to squeegee and rake our wet baseball diamonds yesterday in order that the fields were in playable condition. Many thanks to all who helped!

And to add a touch of mystique to the ‘September Madness’, a dense swath of fog encircled the diamonds at Christie Pits as the sun set. The fog gave the ballpark a misty mountain hop feeling that had players, coaches, parents and baseball fans marvelling at the surreal and psychedelic atmosphere amidst them.

The 2014 edition of the Toronto Playgrounds House League Baseball Tournament continues this evening with four more games in our respective Mosquito, Peewee and Bantam divisions.

Upwards of 49 games are scheduled to be played within the next eight day span of the tournament (weather permitting, of course). With five games played yesterday, there are only 44 more left.

Here are the four games on deck for Wednesday, September 3:

The annual tournament to wrap up the season is baseball lover’s delight with a cornucopia of games from four age divisions being played over three diamonds at Christie Pits.

And on the busy weekend of the tourney when 29 games are scheduled to be played, Parents and Players can keep tabs on the tournament by visiting the TP Tournament Scoreboard at the park for the latest updated scores and standings.

There are only forty-four games left in the rollercoaster that is ‘September Madness’. Get on board before it’s gone.