TRAILING 6-5, THE GO GO LIZZIES SCORE FIVE IN THE FINAL INNING TO TOPPLE THE GRITTY METROPOLITANS AT CHRISTIE PITS 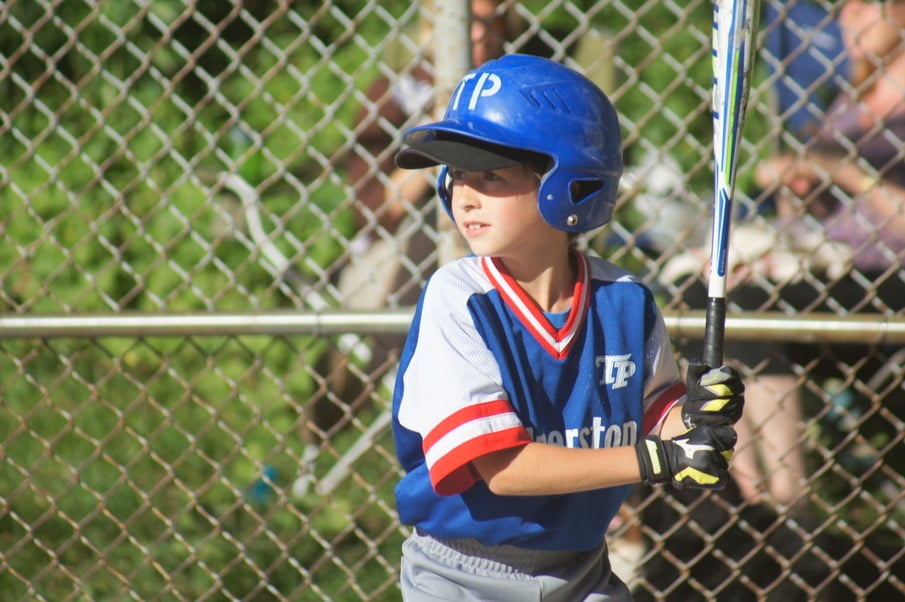 THE DELIVERY MAN > With the game knotted 6-6 and the bases loaded, Daniel (4) delivered the game winning 2 RBI double that propelled the Lizzies to a come from behind 9-6 victory over the Mets.

Beneath a canvas of pitcturesque summer skies for miles around, the Lizzies defeated the Mets 9-6 in four innings of Mosquito Division Round Robin Tournament play this evening at Christie Pits Diamond 3.

Trailing 6-5, the Lizzies rallied with four runs in the top of the fourth to usurp the Mets. After a one out walk and a pair of steals to reach third, Quinn (14) made a brazen grand theft of home to tie the game 6-6.

Following a hit by Liam (15) and a back to back walks by Sebastian (12) and Coleman (2) that loaded the bases, Daniel (4) delivered a clutch two RBI double that brought Liam and Sebastian home and propel the Lizzies into an 8-6 lead. Manny (6) followed with a fielder’s choice that allowed Coleman to run home with another insurance run.

Refusing to quit, the gritty Metropolitans exercised discipline at the dish and loaded the bases in the bottom of the fourth in a feverish comeback bid.

Shaken, but not stirred, Lizzies closer Sam (8) mowed down three Mets to leave the bases stranded and seal the deal on a hard fought victory.