IN A WELL CONTESTED AND ENTERTAINING ROUND ROBIN AFFAIR, THE ARTFUL DODGERS SNAP A 5-5 DEADLOCK IN THE FINAL INNING TO PREVAIL OVER THE CUBBIES AT CHRISTIE PITS 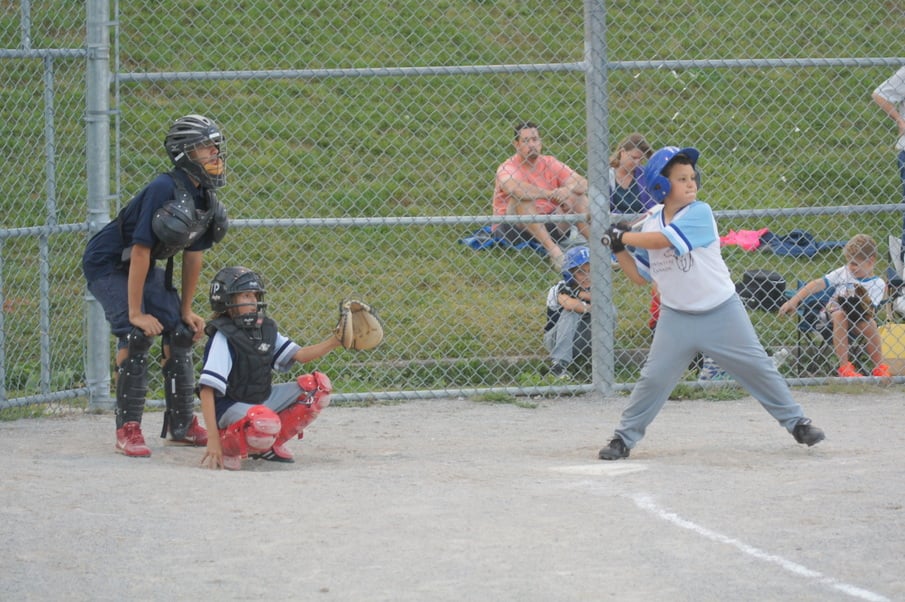 With TP Umpire Leo Di Matteo and Cubs catcher Elliot (1) looking on, Avi (8) is poised to deliver a clutch two out 2 RBI double in the top of the fourth inning that would break a 5-5 tie and propel the Dodgers to a 7-5 round robin victory over the Cubs at Christie Pits Diamond 2.

Beneath a ceiling of pristine summer skies, the Dodgers defeated the Cubs 7-5 in four innings of Mosquito Division Round Robin Tournament play this evening at Christie Pits Diamond 2.

Tied 5-5, the Dodgers scored a pair in the top of the fourth to pull ahead 7-5. After a pair of leadoff walks by Taras (15) and Mary (14) put two runners on base, Avi (8) delivered a grace under pressure two out two RBI double to allow Taras and Mary to come homeward with the go ahead runs.

Shaken, but not stirred, Cubs reliever Michael (13) struck out three in the fourth to quell the Dodgers insurgency.

Dodgers closer Lachlan (9) mowed down a pair of Cubs in the bottom of the fourth to seal the deal on a hard fought victory.