DUE TO THE RAINOUT OF THE JAYS & LIZZIES ROUND ROBIN GAME ON FRIDAY EVENING, MODIFICATIONS TO THE TOURNEY SCHEDULE WERE NECESSITATED 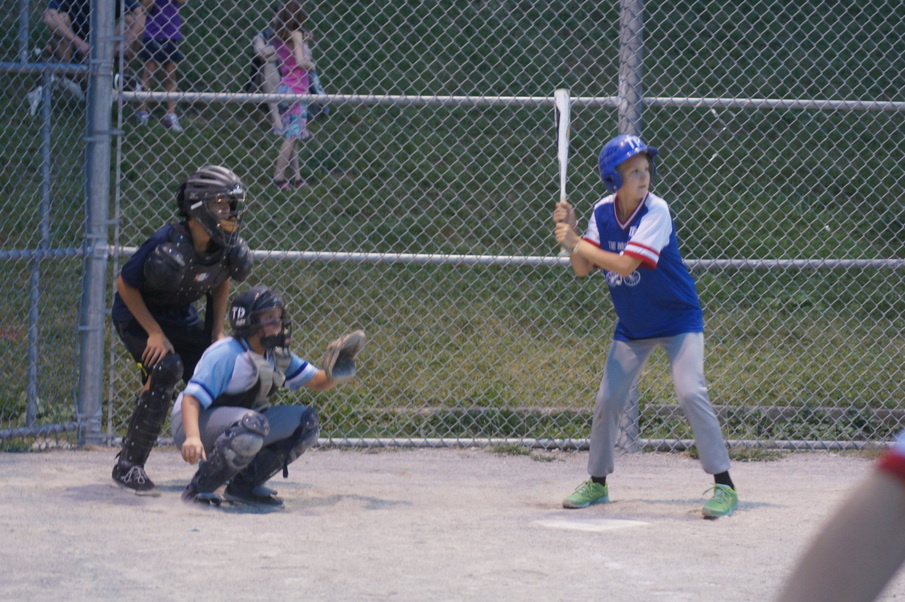 As most of you probably know, the Friday night Peewee Division game between the Lizzies and the Jays was rained out…we need to complete that game in order to finish the round robin portion of the tournament and determine semi-final match ups.

In order to do this, the Lizzies at Jays game will be played tomorrow, Sunday Sept. 7th, at 9:00 am at diamond 2.

The timing for the semi-finals and final has also been altered to accommodate the need for the final round robin game. Tomorrow’s semi-finals will now take place at 2:00 pm and 7:00 pm…both games will be played on diamond 2. The Peewee final will therefore not take place tomorrow evening, but will be moved to the earliest weekday evening that works for the coaches of the two teams in the final…the mosquito championship game is being played Monday, so the earliest the peewee championship game could be played would be Tuesday. The date of the game will be determined tomorrow after the completion of the semi-finals.

Because one of the head coaches in peewee, Gordon Belray of the Royals, also head coaches a team in mosquito that is playing a 12:45 quarter-final elimination game, the Royals will be playing in the 7:00 pm peewee semi-final because the 2:00 pm semi-final start time might be impossible for Gordon depending upon the status of his mosquito quarter-final game. As soon as the 9:00 am make-up game between the Lizzies and the Jays is completed, we will know the pairings for the semi-final games and who is playing when. That information will be sent to the Royals and Orioles parents by e-mail, posted on the website, and placed on the hotline (416-392-1914) as soon as it is known (the Jays and Lizzies parents will be told at the park once the game is done.)

Sorry for the need to extend the tournament slightly, but it’s important that we play all the games to be fair to the kids.

PEEWEE DIVISION STANDINGS  (after 7 of 8 Round Robin Games played)