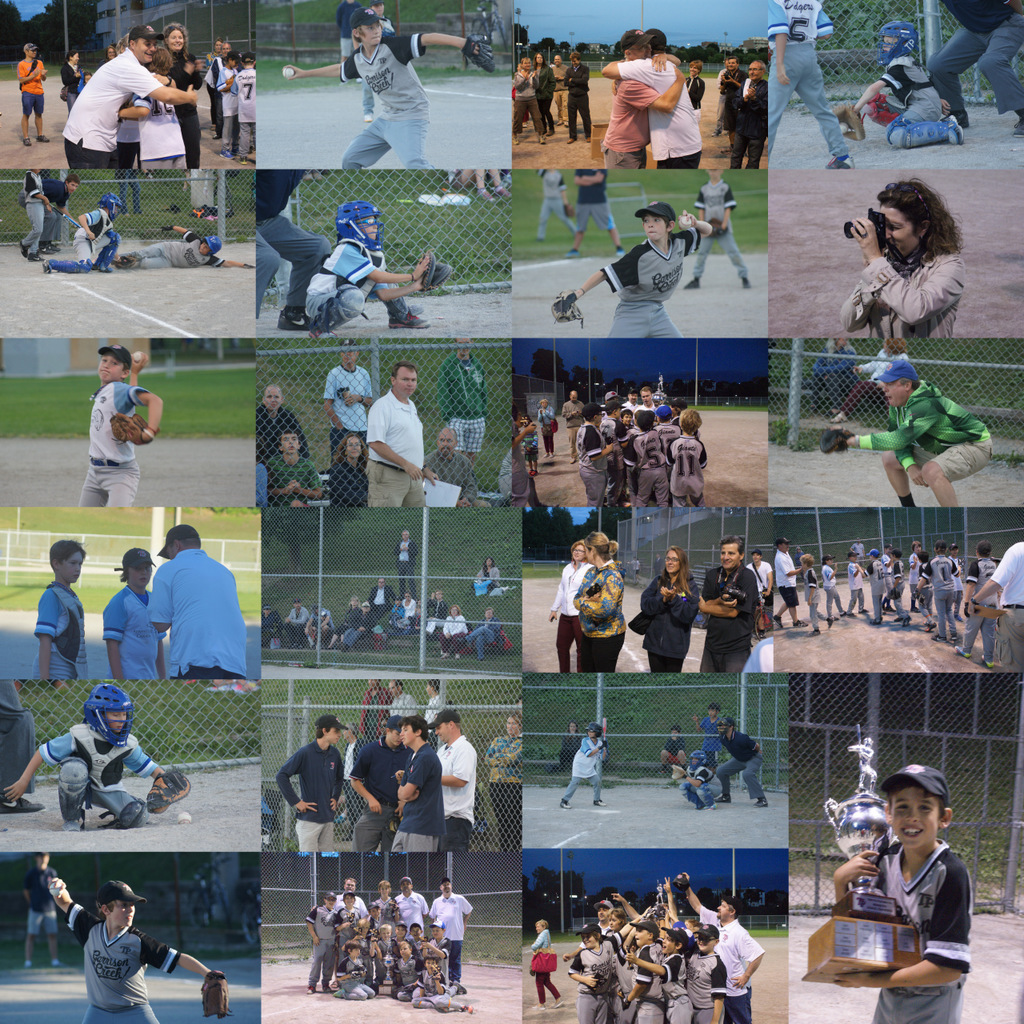 Beneath a blanket of pristine and sunny skies yesterday at Christie Pits, the Giants prevailed 2-1 over the Dodgers to win a taut and thrilling TP Baseball Mosquito Division Championship Game.

When the end of season tournament fondly known as ‘September Madness’ began a week ago after the Labour Day long weekend, there were forty-nine games on deck to wrap up the baseball season for the teams in our Mosquito, Peewee, Bantam and Midget age divisions. With another tournament game in the books, there are only three games left in the end of season 2014 Toronto Playgrounds House League Baseball Tournament.

September Madness continues this evening with the fifth game of the Midget Division Championship Series.

Here is our tournament offering for tonight:

The Homesteads lead the best of seven series 3-1.

Players are Parents are advised to be at the diamond at least 20 minutes before the start time to give the coaches a chance to get the line ups organized.

Game posts and scores will be posted on our website the next day. Updated scores can be accessed via our Twitter feed @TPbaseballnews.

There are only four games left in the Wildcat that is ‘September Madness’. Get on board before you miss the fun.