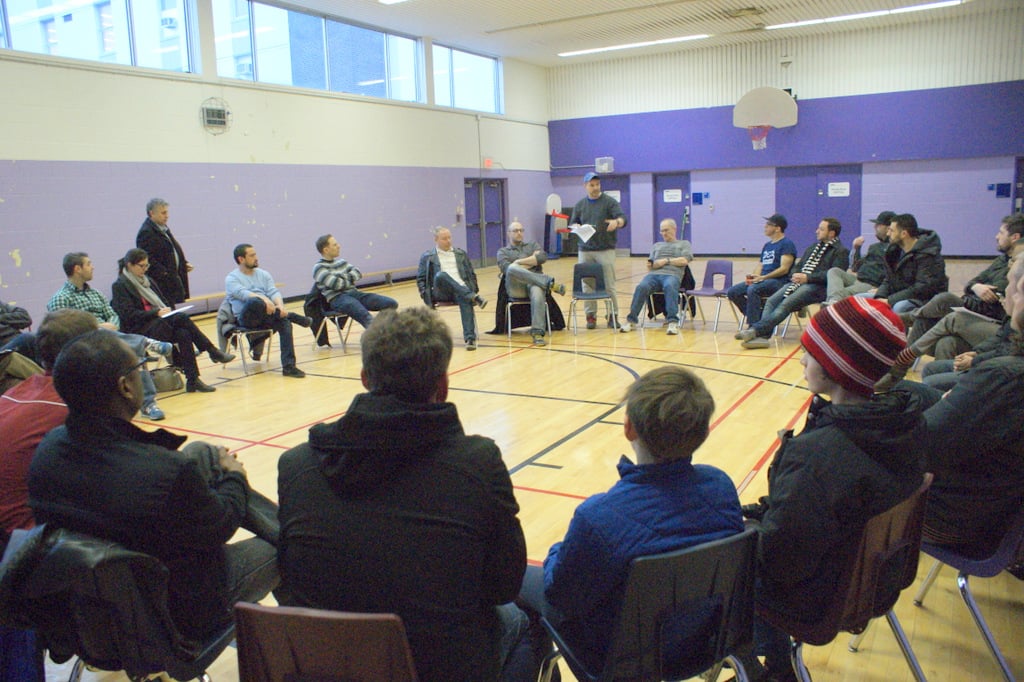 The Toronto Playgrounds Baseball Committee will be holding another Coaches Meeting on Thursday, April 16 at 7:00 p.m. at either the Bob Abate Community and Recreation Centre (485 Montrose Avenue, located on the east side of the street just south of Bloor and across the road from Christie Pits) or the Alex Duff Pool Building (779 Crawford Street, located in the northwest quadrant of Christie Pits) for any volunteer house league coaches who were unable to attend our first meeting back in March.

The Committee will confirm the site for the meeting on Tuesday (April 14) evening via a website update, Twitter feed (@TPbaseballnews) and email.

This important meeting is intended for everyone who is wishing to be involved in on-field coaching with our baseball program during the 2015 season.

The Committee will be introducing a formal ‘Coaches Code of Conduct’ document this season. Anyone wishing to be involved in coaching games and/or practices this season will have to sign a copy and return it to us in order to be considered a formal coach.

In addition, we will be discussing the expectations surrounding coaching, the procedures we expect people to follow, the training opportunities that our league will be providing to you, and members from our baseball committee will be on hand to answer any questions any of you have regarding our league.

Everyone, whether you’ve coached with us before or are brand new, are asked to attend the meeting and must sign and return a  copy of Code of Conduct. The Committee will be posting details of the ‘Coaches Code of Conduct’ on the website and will also be emailing copies of the code of conduct to all coaches ahead of the meeting. We kindly ask all coaches to look through it and hopefully bring it with you signed to the meeting.

Secondly, there will be divisional house league coaches meetings held to help everyone prepare for the beginning of our 2015 season. The meetings will be held at the Bob Abate Community and Recreation Centre (485 Montrose) as follows: