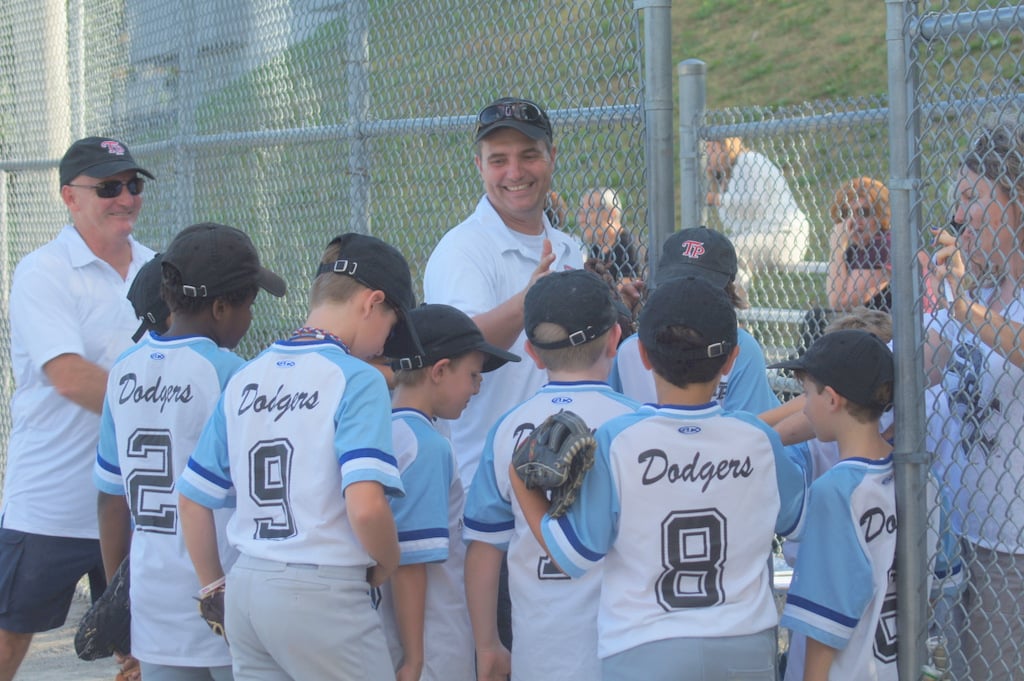 Dodgers Head Coach Bill Evans (middle) holds a pregame meeting with his players before their TP Baseball Mosquito Division Round Robin tournament playoff game against the Cubs at Christie Pits Diamond 2 on September 3, 2014.

The Toronto Playgrounds Baseball Committee has scheduled House League Divisional Coaches Meetings to help our volunteer coaches to prepare for the beginning of our 2015 season.

The meetings will be held at the Bob Abate Community and Recreation Centre (485 Montrose) as follows: