WITH  OUR MOSQUITO (2004-2005) BASEBALL PROGRAM NOW FULL FOR THE 2015 HOUSE LEAGUE SEASON, A WAITING LIST IS NOW IN EFFECT FOR THOSE WHO STILL WISH TO SIGN UP FOR MOSQUITO AGE CATEGORY 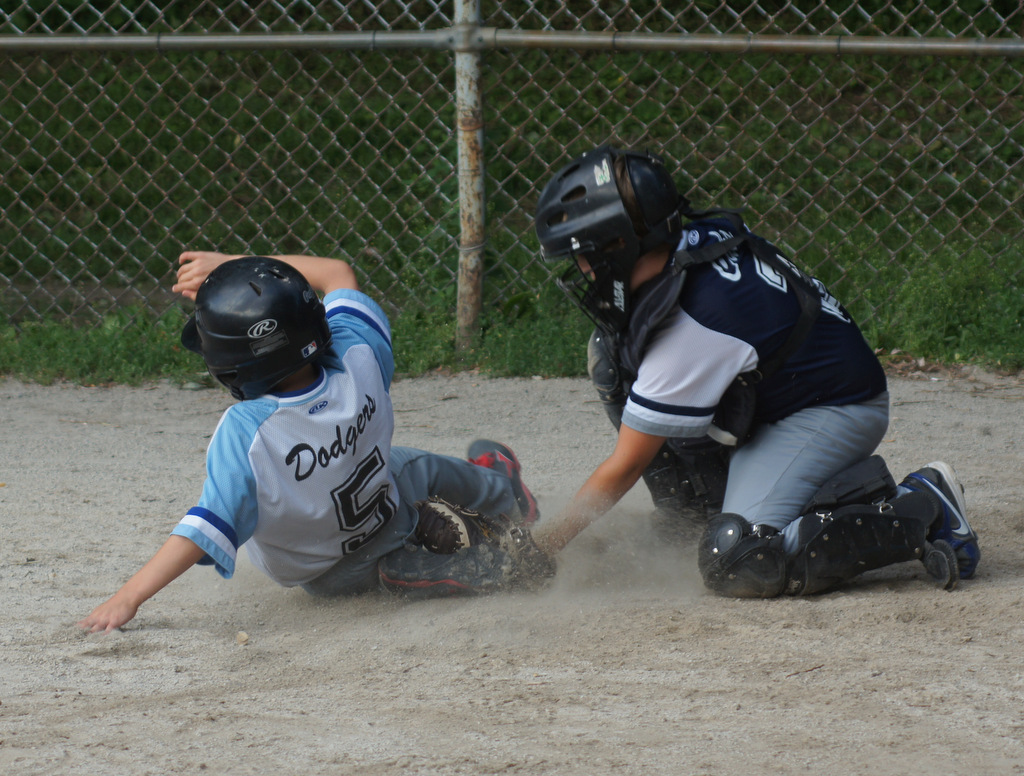 Charlie (5) of the Dodgers beats the tag attempt of Cubs catcher Alex (2) as he slides home safely in the top of the second inning during a Mosquito Division game at the Bickford Park South Diamond on July 17, 2014.

In a registration update released tonight, the Toronto Playgrounds Baseball Committee has announced that all available roster openings have been filled in our Mosquito Division (2004-2005) for the upcoming 2015 House League Baseball season.

Effective immediately, any additional registrants who are still interested in signing up for the Mosquito Division will be put on a sequential waiting list in the event that a roster opening becomes available.