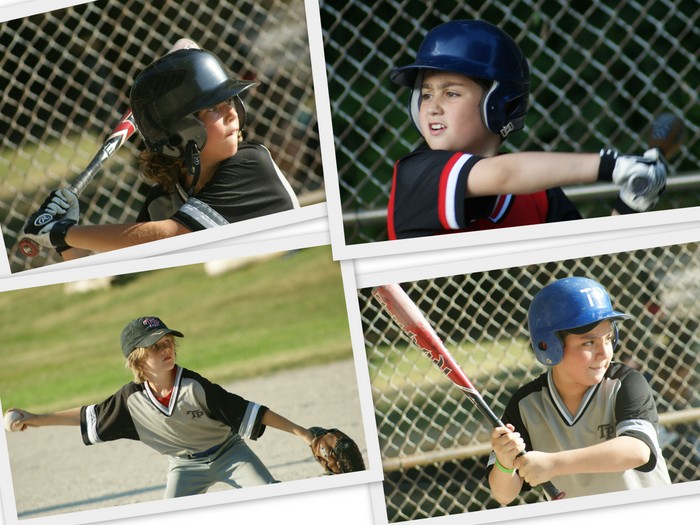 Clockwise from top left: Noel (10) of the powered the Giants with a 5 RBI performance at the plate. Noel also threw two solid innings with five strikeouts; Dean (13) of the Cardinals had a four RBI day against the Giants; Christian (4) of the Giants had a great game at the dish with a triple; Giants pitcher Maxwell (7) put in another workmanlike effort to earn the win.

Under a layer of cloudy skies at Christie Pits Diamond 3 this evening, the Giants topped the Cardinals 13-8 in four innings of Mosquito Division play.