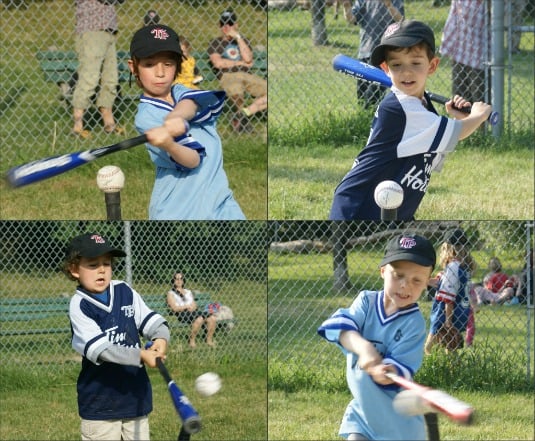 Under warm and humid skies at the Bickford North diamond, two traditional othnithological rivals in our Tee Ball Division squared off in an offensive battle royale.

Before an enthusiastic gathering of patrons in our filled to capacity bleacher seats, the Cranes and Eagles lit up the diamond with endless hits and runs through two titanic innings of play.

The offensive prowess of the two teams brought many spectators to their feet in jubilation as each squad ran the basepaths with enthused abandon.

When the dust had finally settled, the official scorekeeper declared that the Cranes and Eagles had played to a tie.

A fitting end to a fun baseball game where a wonderful time was had by all in attendance.