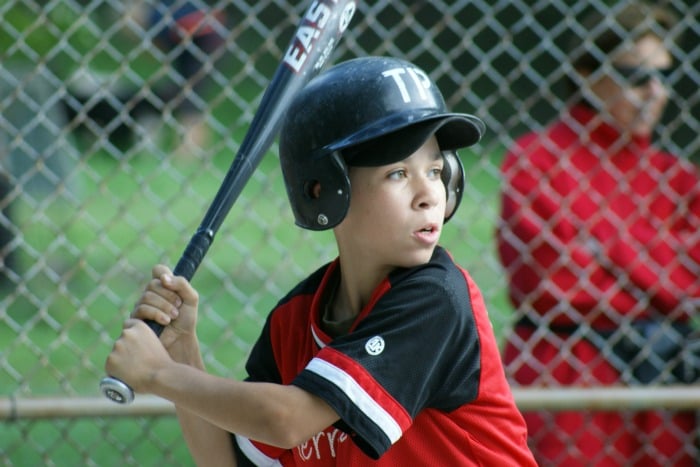 With the bases loaded in the bottom of the third inning, Lucas (8) of the Cardinals delivered a three run bases clearing triple.

The Cardinals used a combination of stingy pitching, stealth defense and offensive prowess to cruise to an 11-5 Mosquito Division victory over the Lizzies in 3 ½ innings of play at Diamond # 3 today. 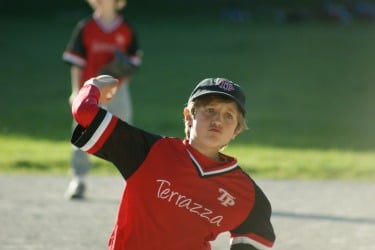 Pierce (13) pitched a 1-2-3 second inning where he struck out all three Lizzies batters that he faced.

The Cards pitching staff neutralized the Lizzies offense with seven strikeouts and limited them to only five runs for the game. Pierce (13) of the Cardinals pitched a scoreless 1-2-3 inning in the second where he struck all three Lizzies batters that he faced.

With the Lizzies offense in check, the Red Birds offense made the most of their opportunities in building a 7-0 lead through two innings before their opponents responded with three runs in the top of the third.

However, the “Red Machine” responded with four more runs in the bottom of the third to increase their lead to 11-3. The big play in the inning was a clutch bases loaded triple by Lucas (8) of the Cardinals which scored three runs to close out the frame.

The Lizzies rallied with two runs in the top of the fourth. However, the Cardinals finally closed it out for the victory.