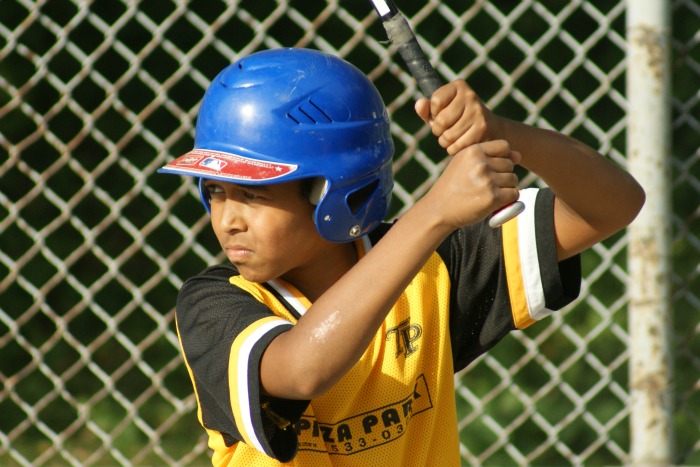 With the bases loaded, Marcus (14) of the Pirates delivered a three run bases clearing triple in the bottom of the fourth inning which won the game in dramatic comeback fashion for the Bucs.

In sizzling Mosquito Division action down at Bickford South, the Pirates erased a four run deficit in dramatic fashion to defeat the Giants 8-7 in four innings of play.

With the bases loaded and the Giants leading 7-5 in the bottom of the fourth, Marcus (14) of the Pirates delivered a clutch bases clearing triple which cashed in three runs to give the Bucs a rousing comeback victory.

The Giants had constructed a 7-3 lead through 3 ½ innings of play through a combination of good pitching, defense and making the most of the offensive opportunities presented to them.

However, the swashbuckling Pirates refused to raise the white flag of surrender as they came back with a vengeance in the fourth. Down by four runs, the Buccaneers scored two to make it a two run game. The Pirates offense loaded the bases before Marcus’ winning hit.