ROYALS MADE THE MOST OF THEIR OPPORTUNITIES IN THEIR VICTORY 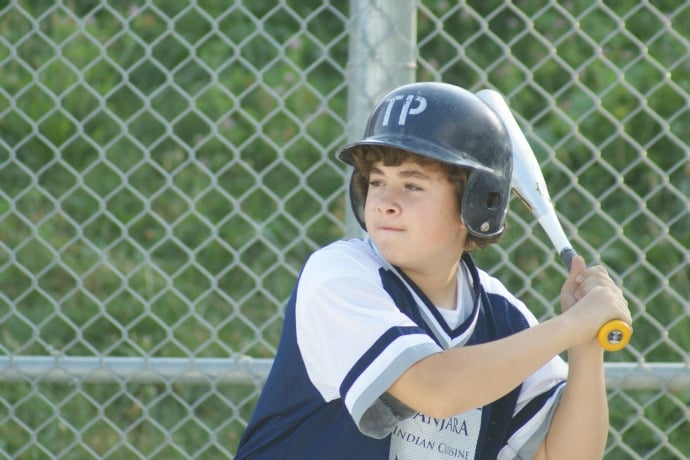 Anthony (13) of the Royals went 2 for 2 with a triple at the plate while scoring two runs, collecting three runs batted in and stealing two bases.

The Royals defeated the Lizzies 12-1 in 3 ½ innings of play at Diamond # 2 this evening.

Igniting on all cylinders both offensively and defensively, the Royals made the most of their opportunities against an undermanned Lizzies squad.

The stellar Royals pitching brigade of David (8), Simon (1), Jamie (2) and Naiemul (3) combined to limit the Lizzies offense to one run over four innings while issuing only three walks and striking out seven.

Offensively, the Royals scored four runs respectively in each of the three innings they were at bat as they drew seven walks and collected six hits. Powering the Royals offense was Anthony (13) who went 2 for 2 at the dish with a triple and three runs batted in (2 AB; 2 R; 2 H; 3 RBI’s 2 SB).

The Lizzies lone run came in the top of the third when Aiden (5) singled to bring home Iloe (2) from third base.

Kudos to Kieran (11) of the Royals for his leadoff triple in the bottom of the third which ignited a four run inning for his team.