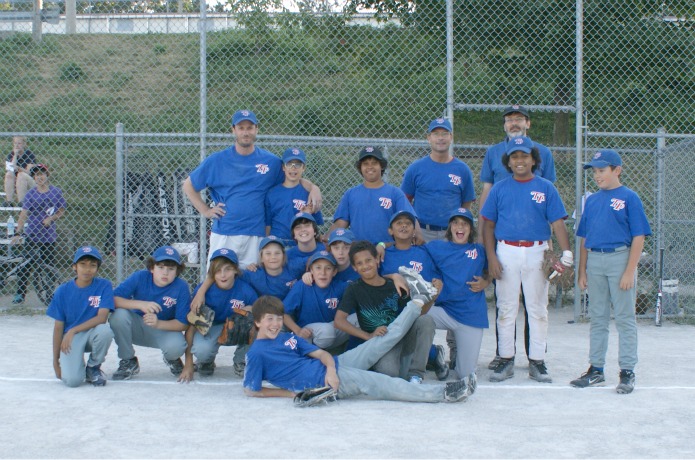 Rexdale (2) defeated Toronto Playgrounds 11-5 today in a semi-final knockout game today in the West Toronto Peewee Loop Tournament. As a result, the Peewee Selects were eliminated from the tournament.

Here is a game and tournament analysis from TP Cub Reporter “Scoop” Godel:

Despite coming up short in the final four, everyone involved in the TP Peewee Select Team should be proud of the effort and time that the players and coaches exhibited not only during the tourney but all season long. 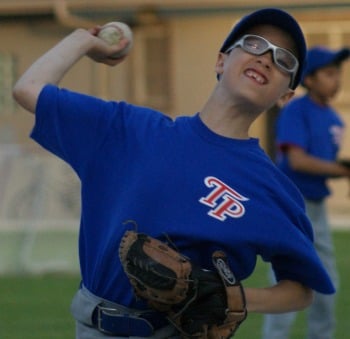 Nominated by TP Peewee Select Head Coach Casey Irwin and unanimously agreed upon by his teammates, Cooper (8) was named the team’s tournament MVP. In a valiant effort against Rexdale (2) today, Cooper threw 82 pitches over the course of 4 2/3 innings (4.2 IP; 7 R; 3 ER; 4 H; 2 BB; 3 K). In the two games that he pitched in the tourney, Cooper was 1-1 and threw 149 pitches.

Toronto Playgrounds chances of defending their 2010 West Toronto Peewee Loop Championship was undone by a defence that committed six errors during the game. Additionally, the team was unable to deliver in clutch situations as they left too many men on base.

However, the Peewee Selects did not come up short because of a lack of effort but rather that the players perhaps were just squeezing the ball a little bit too tight. In the final analysis, the team played a great tournament and exceeded expectations.

Special thanks to Peewee Select assistant coaches Mark and Peter for the help they provided all season long. A tip of the cap to Peewee Select General Manager Greg Brown who can’t be thanked enough for the endless hours that he put in during the 2011 season.

And a special kudos to Head Coach Casey Irwin who has worked tirelessly with these players and taught them not only baseball, but hard work, sportsmanship, playing with spirit and how to win and how to lose.