IN A THRILLER AT CHRISTIE PITS, TORONTO PLAYGROUNDS RIDES UPON A WAVE OF SOLID PITCHING AND A GRAND SLAM HOME RUN TO WIN THEIR FOURTH GAME OF THE EBA SELECT LOOP SEASON 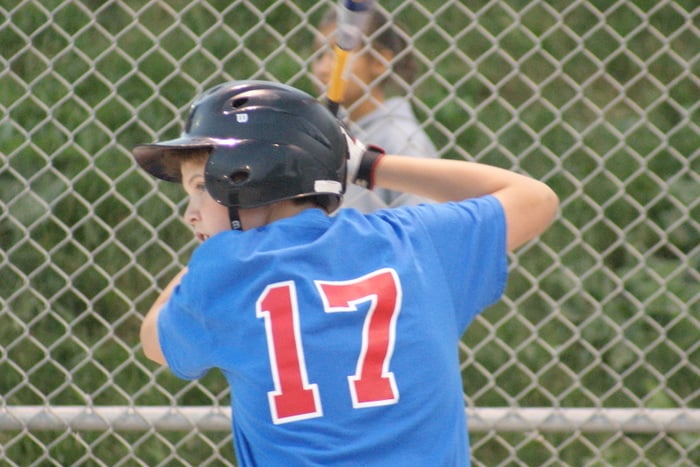 In an edge of your seat thriller at Christie Pits Diamond 2 this evening, the Toronto Playgrounds Peewee Select team fended off a tenacious Royal York 2 rally in the final inning to win 6-5 in 6 ½ innings.

It was a taut and exciting game from the very beginning as both squads fought tooth and nail to get the upper hand in a battle between two evenly matched teams. A reflection of this tectonic plate standoff was the score, as TP and Royal York 2 remained tied at 1-1 for 3 ½ innings.

Finally, the logjam broke open in the bottom of the fourth as the Peewee Selects scored five runs in majestic fashion to spring ahead 6-1. Keying the offensive surge was a bases loaded Grand Slam home run by Reid (17) that cleared the Diamond 1 (Dominico Field) chain link fence in left field. The majestic shot brought an enthralled group of TP players out of their home dugout to congratulate Reid on his offensive feat.

Meanwhile, a trio of TP pitchers combined to neutralize the EBA Peewee Select Loop’s most offensively potent team as Davey (9), Simon (5) and Keegan (44) held Royal York to only two runs through six innings of play.

Additionally, Toronto Playgrounds road to victory was also assisted by some “sparkling” defensive plays in the outfield by Ben (4).

Trailing 6-2 in the top of the seventh, Royal York 2 refused to surrender and gamely rallied for three runs to trim the deficit to one.

With two outs and Royal York runners at third and second, Peewee Select closer “Mad Dog” Johnny (33) cooly struck out the final batter to earn the save and close out the win.

In a postgame interview, Peewee Selects Head Coach Rob Ball was euphoric over the team’s fourth victory of the season.

“The team is really coming together as a cohesive unit, with a couple of new heroes each game.”

The Peewee Selects (4-1) play their next game on Wednesday, June 13 as they travel to Rexdale Park to play Rexdale at 6:30 p.m.