ANCHORED BY SOME STRONG PITCHING, THE CARDS WING BY THE GO GO LIZZIES AT DIAMOND 3 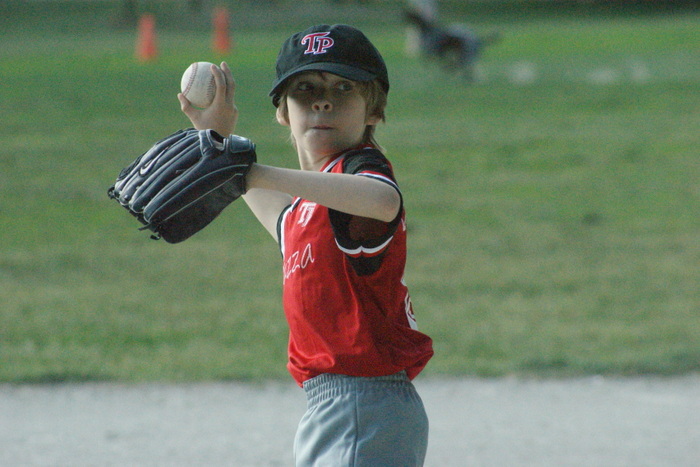 Cardinals starting pitcher Evan (6) limited the Lizzies to one run in the top of the first while striking out two.

Under humid skies at Christie Pits Diamond 3 this evening, the Cardinals topped the Lizzies 7-5 in 2 ½ innings of Mosquito Division play.