WITH ‘SEPTEMBER MADNESS ON THE HORIZON, THE ARTFUL DODGERS PREVAIL OVER THE BUCCANEERS AT BICKFORD PARK 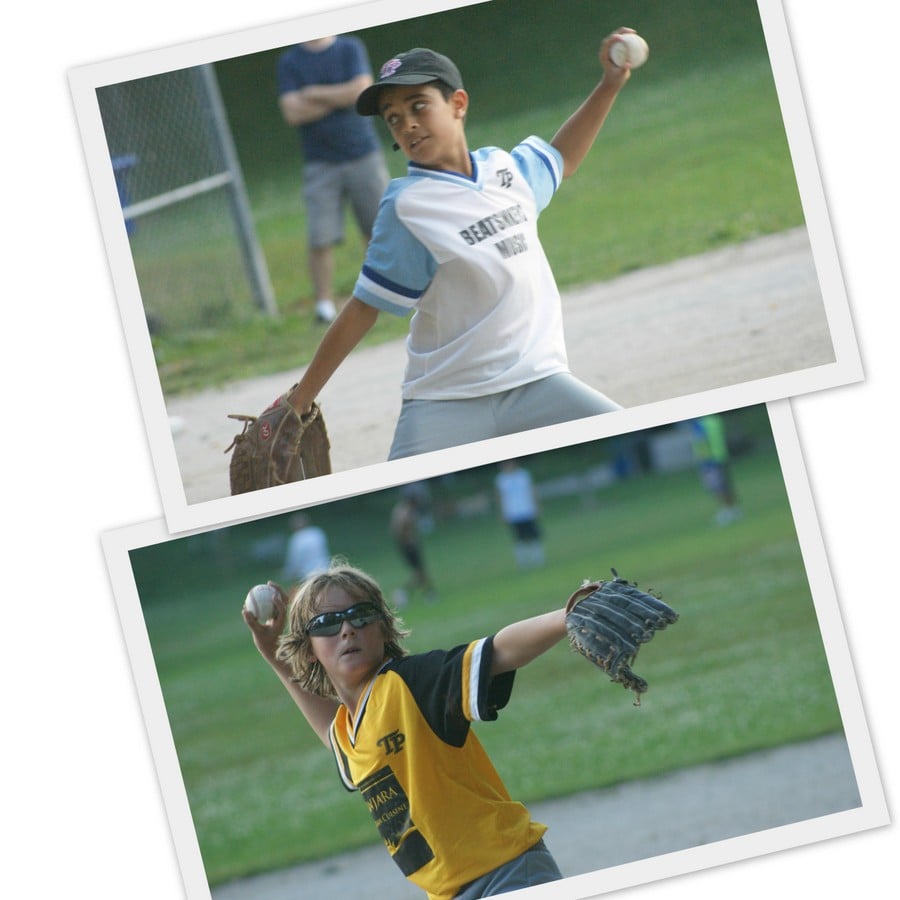 Under a canopy of hazy and humid skies this evening at the Bickford Park South Diamond, the Dodgers defeated the Pirates 8-5 in 3 ½ innings of Mosquito Division play. 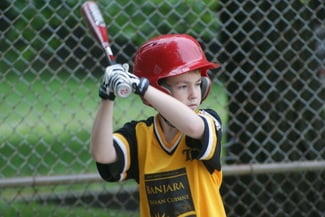 With both teams playing their final regular season games before the annual end of season tournament commences on Tuesday, the artful Dodgers used an elixir of strong pitching and opportunistic offense to secure a win over the swashbuckling Buccaneers.

The Pirates took an early 1-0 lead in the top of the first. After Adam (14) started the inning with a lead off walk and stolen two bases, he came motoring home on a Dodgers error.

Shaken, but not stirred, Dodgers starter Jian (4) settled into a groove and struck out three Pirates to quell the uprising.

In the bottom of the first, the Dodgers stormed back with a vengeance as they strung together five consecutive hits to score four runs and take a 4-1 lead.

After Oliver (12) drew a two out walk, Jian clubbed a RBI double that allowed Oliver to hustle home with a run that tied the game. Olivia (6) followed with a single. Subsequently, Jian scored the go ahead run from third after a Bucs error. 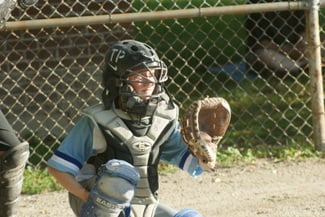 Dodgers catcher Kaden (13) caught another solid game behind the plate. In two at bats, Kaden went 1 for 1 (single, walk) with 2 RBI’s.

Following a double by Gen (10) that put Dodgers at third and second, Aaron (10) stroked a RBI single to score Olivia. Kaden (13) followed with a RBI single to bring Gen home.

Dodgers reliever Gen (10) pitched himself out of mojo jojo bases loaded jam in the top of the second as he struck out two Pirates to preserve his team’s three run advantage.

In the bottom of the second, the Dodgers took advantage of six walks and a double to add four more runs to their scoring ledger and widen their lead to 8-1. Keying the artful Dodgers offensive thrust were RBI walks from Olivia and Kaden, and a RBI double from Gen.

The Buccaneers charged back with four runs in the top of the third to trim the deficit to three. With two outs and the bases loaded, Adam (14) powered a two RBI double that allowed Adam (7) and Jackson (3) to come homeward bound. Owen (11) followed with a two RBI single that scored Spencer (11) and Adam (14).

Pirates reliever Adam (14) kept the Dodgers potent offense off the scoresheet in the bottom of the third with a strong effort on the mound.

Dodgers closer Jian sealed the deal on the hard fought victory  in the top of the fourth with a two strikeout performance.

The home team Dodgers held the visiting Pirates to one run in the first inning on some solid pitching by Jian (4). 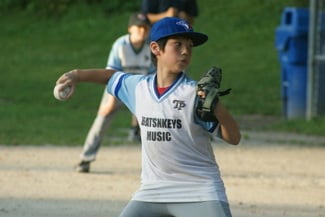 Dodgers reliever Gen (10) threw a scoreless second inning by striking out two Pirates. Gen also went 2 for 2 at the dish [two doubles] with a run scored and a RBI.

In the bottom of the first, the Pirates got the first two Dodger batters out on a fly ball and a strike out.  However, the Dodgers scored the next 4 batters on a walk, a double by Jian and singles by Olivia (6) and Gen (10), ringer Aaron (10) and Kaden (13).

In the top of the second, the Pirates were kept scoreless on another solid pitching performance, this time by Gen (10).

In the bottom of the second, the Dodgers once again scored their maximum four runs by scoring their first four batters on six walks, and another extra base hit by Gen.

The Pirates scored their max of four runs in the top of the third, highlighted by a couple of extra base hits on hard hit balls to right field and aggressive base running.

The Pirates got three of the first four Dodger batters out in the bottom of the third on a strikeout, and two infield outs. Jian got a single in the inning.

The game ended after the top of the fourth inning when pitcher Jian shut down the Pirates who stranded a runner on base.