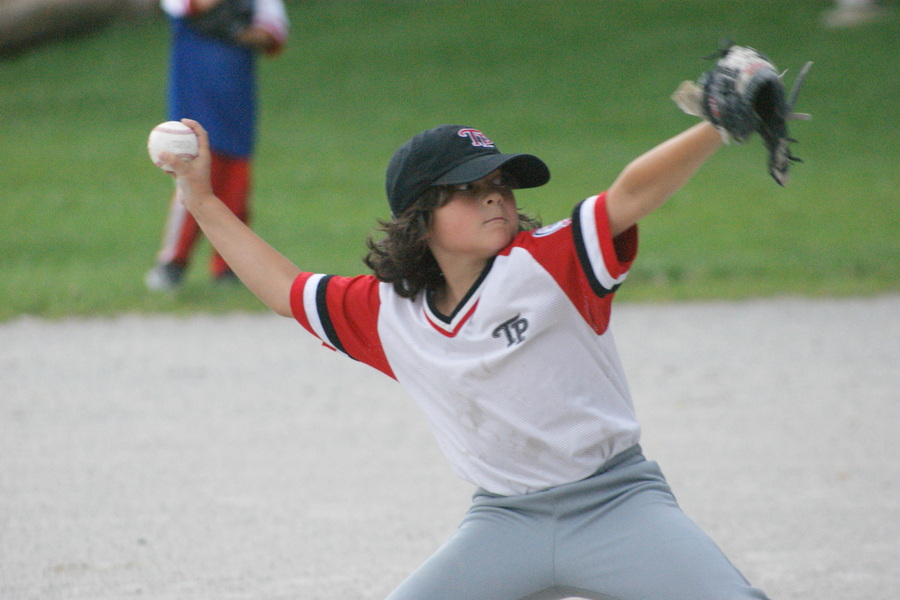 Game Post composed with a file from John Rowe

Under warm and humid skies this evening at Christie Pits Diamond 2, the Reds prevailed over the Giants in four innings of Mosquito Division action.

In the final Mosquito Division regular season game for both teams, the Big Red Machine used a combination of strong pitching and opportune offense to outduel the Mighty Giants.