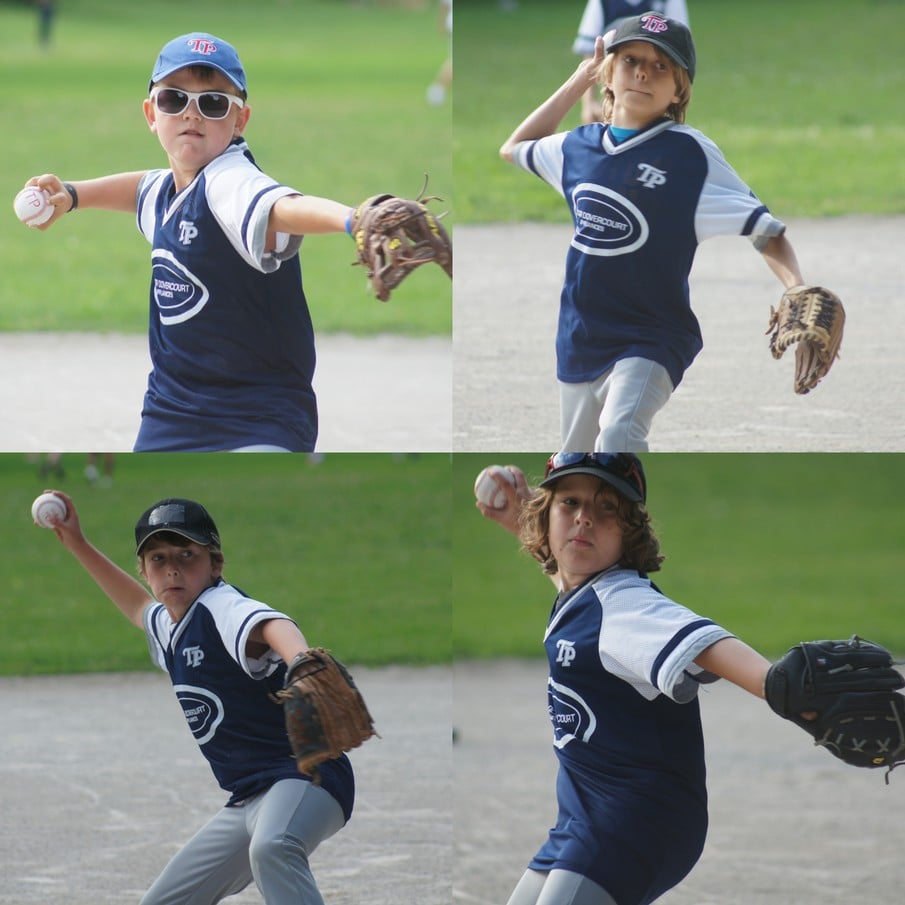 ARMED FORCES > Clockwise from top left: Four Cubs pitchers combined to shutout the Cardinals. Cubs starter Alexander (2) struck out three in the first inning; Elliot (1) fanned a pair of Cards in the second; Michael (13) struck out two in the third; Cubs closer Javert (6) mowed down three in the fourth to seal the deal.

Under serene summer skies, the Cubs defeated the Cardinals 16-0 in four innings of Mosquito Division action this evening at the Bickford Park South Diamond.

Four Cubs pitchers combined to shutout the undermanned Cardinals with ten strikeouts over the course of the proceedings.