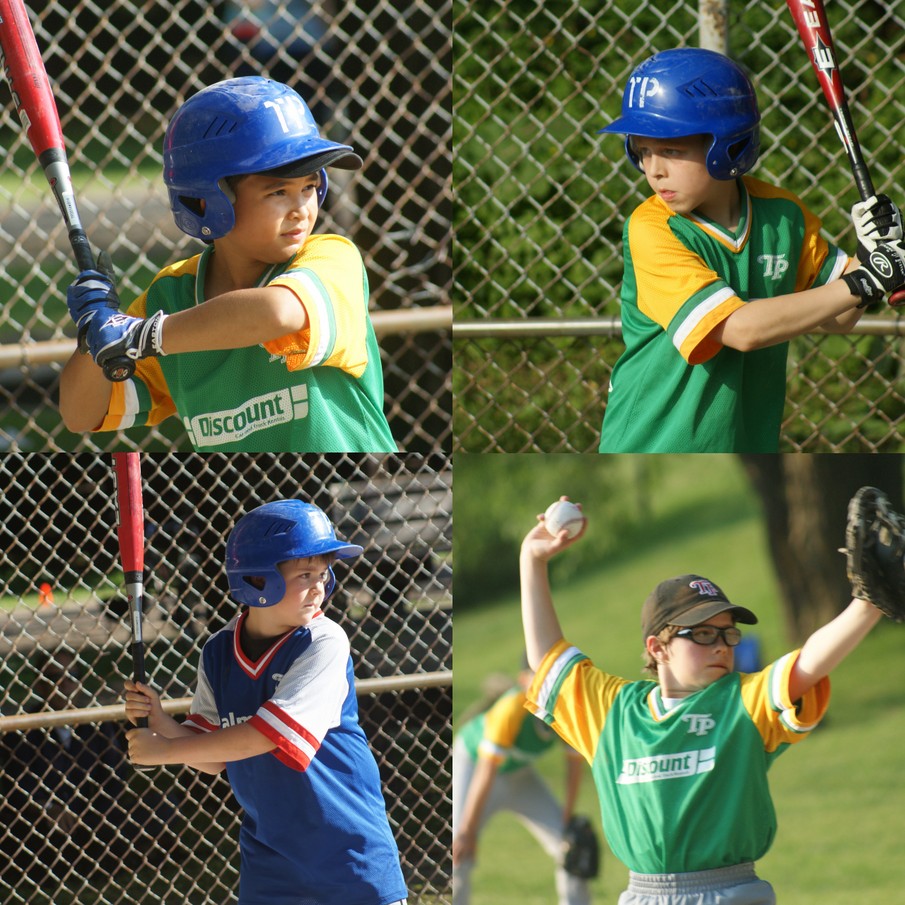 Clockwise from top left: Matthew (8) powered a clutch 2 RBI double for the Mets in the second inning; Thor (14) stroked a big RBI hit in the second for the Mets; Mets closer Zenon (10) threw a scoreless 1-2-3 third to seal the deal on the victory over the Lizzies; Nathan (1) went 3 for 3 at the dish with a double to power the Lizzies offense.

Beneath a ceiling of composed summer skies, the Mets defeated the Lizzies 11-8 in 3 ½ innings of Mosquito Division play this evening at Christie Pits Diamond 2.