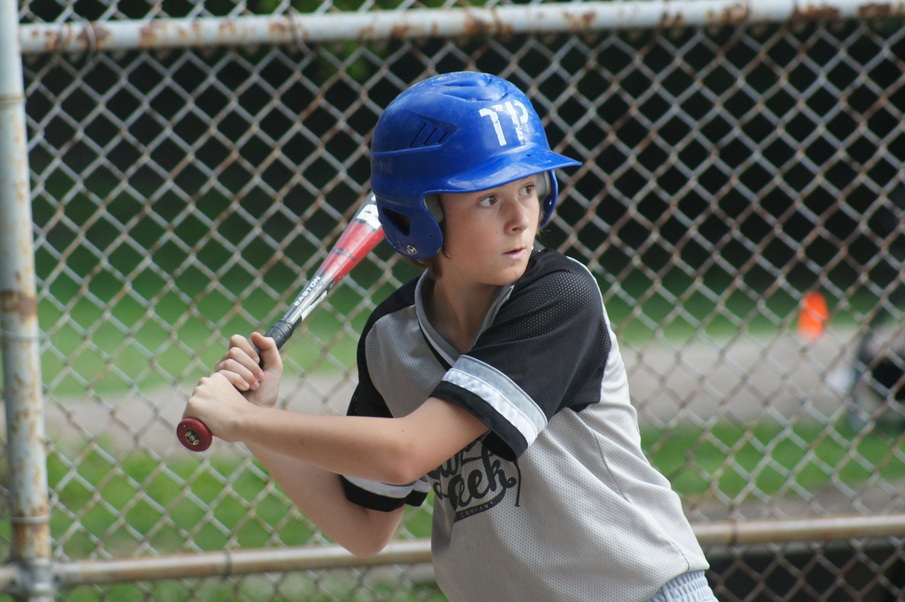 MIGHTY GIANT: With the game tied 8-8 in the bottom of the third, Adam (10) delivered a grace under pressure RBI single to bring Jamie (13) home with the Giants winning run over the Dodgers.

Under sedate and sunny skies, the Giants rallied in grand fashion to edge the Dodgers 9-8 in a thrilling three innings of Mosquito Division action this evening at Christie Pits Diamond 3.

Trailing 8-7 in the top of the third, Giants closer Ethan R. (2) managed to keep the Artful Dodgers off the scoreboard during the inning with a sprinkling of walks to keep his team within striking distance.

After a leadoff single by Sam (14) in the bottom of the third, Jamie (13) followed with a clutch RBI single to bring Sam home with the tying run.

With Jamie standing at third and the game on the line, Adam (10) delivered a grace under pressure RBI single that allowed Jamie to motor homeward with the Giants winning run. 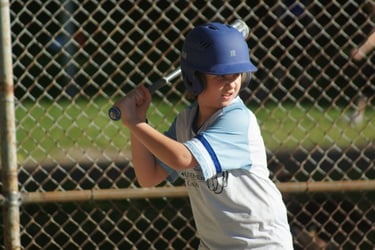 Harris (12) powered the Dodgers offense with two doubles and 3 TBI’s.