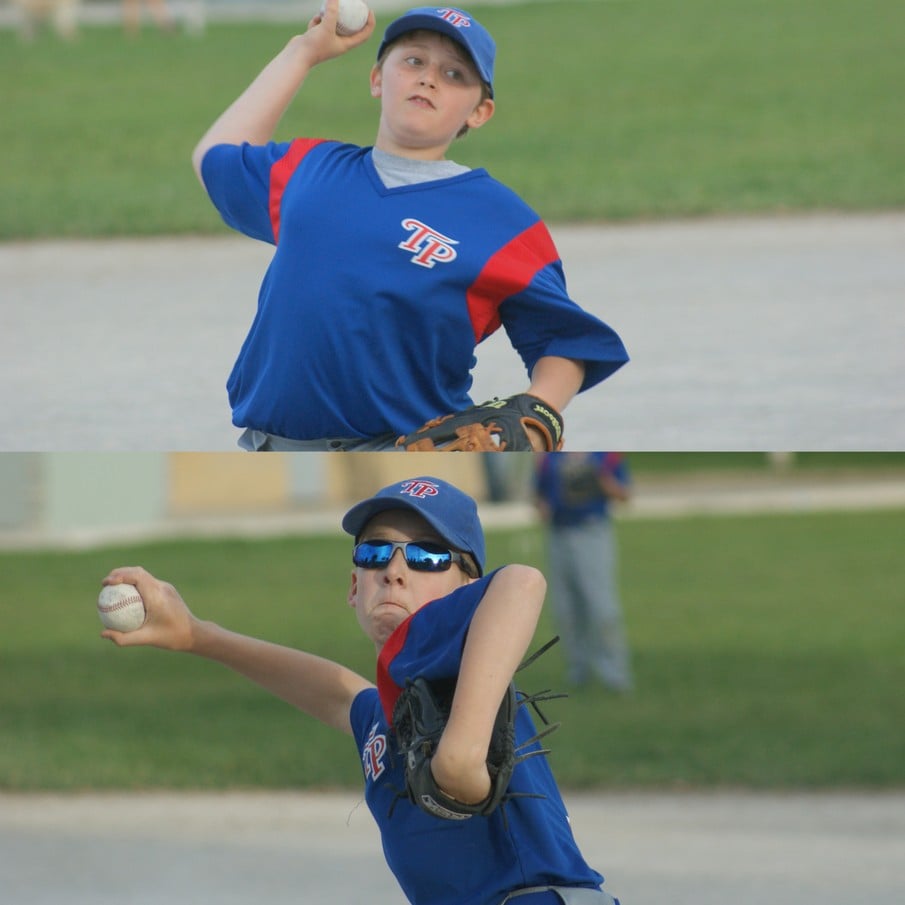 Top to bottom: TP pitchers Aaron (18) and Alden (7) stymied Martingrove with a vast array of pitches in leading the Mosquito Selects to a victory over the White Sox.

Firing on all cylinders, TP put in a total team effort from the first pitch to the final out in subduing the White Sox to win their fifth regular season game of 2014.

After a lengthy month long trip on the road, the Mosquito Selects (5-4) return home to Christie Pits Diamond 2 on Sunday, July 13 to host the Royal York 1 Cardinals in their next EBA Select game at 6:00 p.m.