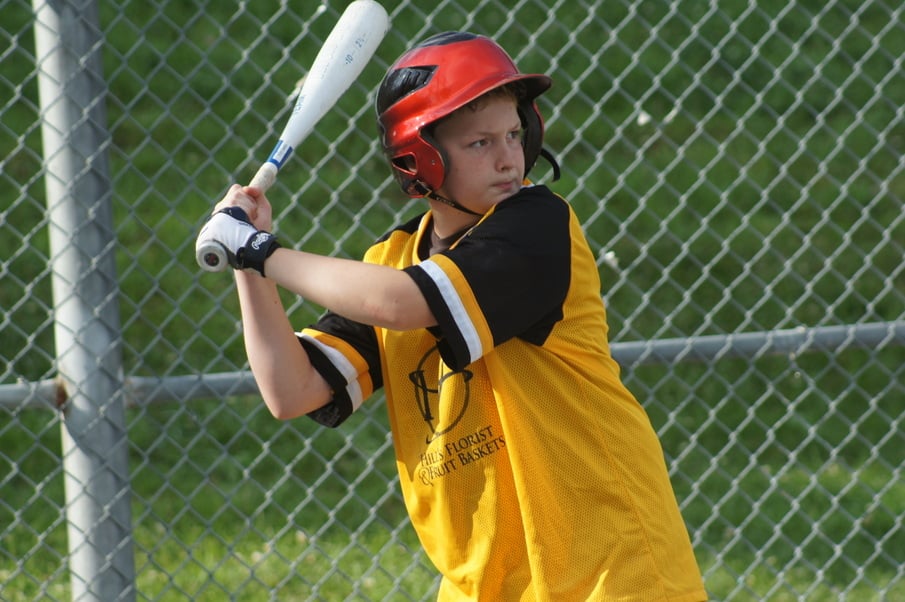 Josh (14) delivered a clutch 2 RBI single in the third inning that propelled the Orioles to an 8-6 victory over the Royals at Christie Pits Diamond 2.

Beneath a ceiling of warm summer skies, the Orioles prevailed 8-6 over the Royals in four innings of Peewee Division action this evening at Christie Pits Diamond 2.

However, the Royals answered back with four in the bottom of the third to trim the deficit to three. After Angus (11) and Hayden (7) had drawn back to back walks to lead off the inning, Rory stroked a RBI single to bring home Angus. A subsequent Orioles error would allow Hayden to shimmy home.

Julian (10) would follow with a single to advance Rory to third and put two Royals on base. On a double steal, Rory would motor homeward with the third run of the frame. After a stolen base to reach third, Julian would make it home on an O’s error.

Royals reliever Angus would keep the potent O’s offense off the scoresheet in the top of the fourth with a two strikeout effort. Angus also helped himself out when he picked off a wayfaring Orioles baserunner at third on a nifty 1-5 putout for the the third out of the inning.

In the bottom of the fourth, the Royals gamely rallied for a run to trail 8-6. A leadoff walk by Maxwell (13) paid dividends as he eventually came home to roost on an error with two outs.

Down to their last out, the Royals managed to get two runners on base via a walk and a hit by pitch. However, the Orioles defense managed to quell the Royals uprisinwhen they caught a Royal stealing second for the third out.