IN A TIGHT AFFAIR, THE CARDS AND CUBBIES BATTLED TO A SWEET DRAW AT CHRISTIE PITS 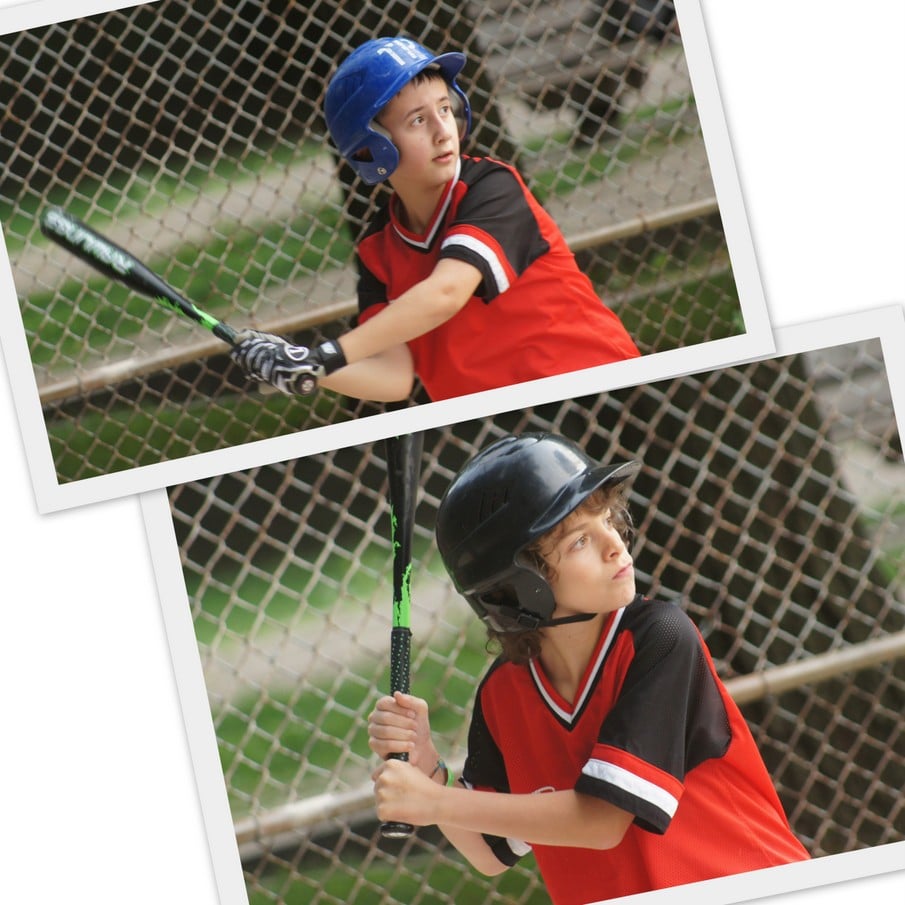 CARDINAL PRIDE > Top to bottom: Through hard work, first time player Jacob (2) is consistently getting hits and improving his defensive skills for the Red Birds; Joseph (5) has played consistently good baseball every game during the 2014 season for the Cardinals.

A close game was played between the Cardinals and the Cubs on Thursday evening at Christie Pits Diamond 3.

Though there was some debate about the final score after four innings – some said the game ended in an 8-8 tie, others said the Cubs ended up on top 8-7.

No matter for the Cardinals’ coaches because their team played a great game – hitting the ball, making plays in the field and showing great resolve by putting together a comeback in the bottom of the fourth.

Up and coming Cardinals pitcher Elijiah (10) had a great start on the mound by throwing a scoreless inning. Second time Cards pitcher Owen (9) looked more comfortable on the mound and demonstrated some of his high accuracy pitches. Issac (12) had an up and down game – pitching a shut out third inning, then coming back in the fourth to face a tough Cubs lineup that were determined to put the Cardinals away with a four-run fourth.

However, there was no putting the Cardinals away this night. The bottom of the fourth saw the Cardinals even up the score (or get close to evening it up) with some solid work at the plate and smart base running.

A notable play of the game was Cards pitcher Issac fielding a ground ball on the mound and getting a force out at home to prevent the Cubs from scoring a run.

A notable player is first-time player Jacob (2), who consistently gets hits and has really improved his fielding skills for the Cardinals.

A special mention goes out to Joseph (5) who comes out and plays consistently good baseball for the Cards every game.

Lastly, special mentions go to all of the Cardinal players – the team’s improvement really shined during this game – great work team!!!