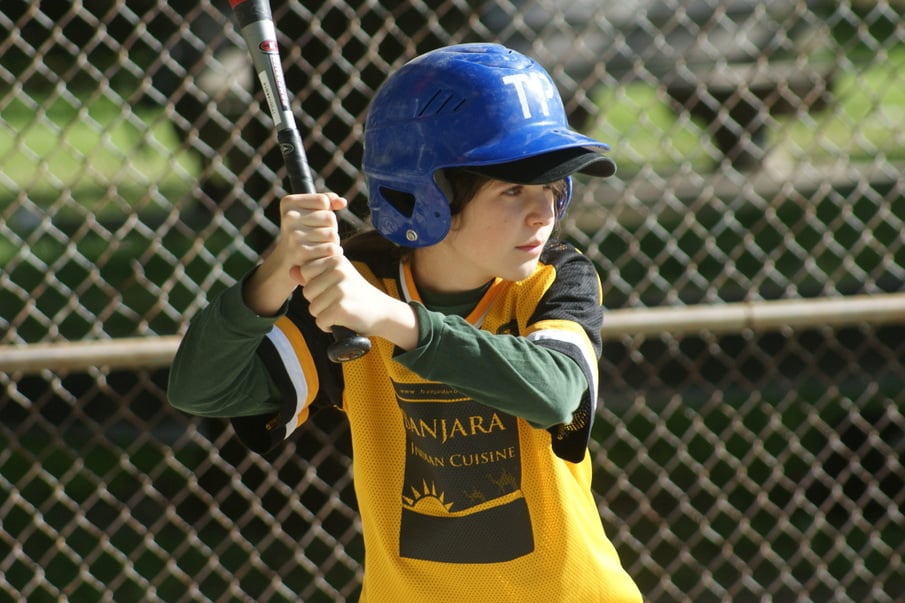 Exercising patience at the plate, Olivia (6) drew three RBI walks in three at bats, including the eventual game winning RBI over the Reds in the bottom of the third. Olivia also opened the proceedings as the Bucs starting pitcher where she threw a workmanlike inning with a strikeout.

Under the incandescent lights of a warm and humid summer night, the Pirates edged the Reds 12-11 in 3 ½ innings of Mosquito Division “Bug Ball” action this evening on the high seas of Christie Pits Diamond Two Bay.

Here is a detailed log of the battle that ensued by Pirates Captain Jeff Kolyn:

Girrrl power was on display in the top of the first inning with Pirates starter Olivia (6) pitching to Ella (8) at catcher [her first game behind the plate]. Ella did a great job holding the Reds runners on base, and aided Olivia with a strikeout. Charlie (3) also snagged a screaming liner at shortstop, and almost doubled up a runner at third.

In the bottom half of the first, Jonah (10) returned to the Pirates galley [after an Italian holiday] to start off the inning with a walk and two steals. Alexia (14) followed up with a walk and steal of her own. Ella rounded out the walk parade and Will (13) stepped up and smashed an RBI single to score the Pirates first run. Olivia, Adi (7) and Oscar (1) all took full count walks to earn an RBI apiece and finish up the inning.

Buccaneers reliever Charlie (3) took the hill after a few weeks of R&R, but he looked like he was in mid-season form. With the Pirates defense playing well behind him, the Bucs were able to escape the inning with just three runs across.

In the bottom of the second, Andre (15) a.k.a. “Wheels” earned a walk and proceeded to steal second, third and home for the stolen base cycle. Jonah picked up another walk and a steal, followed by Ella. Will stepped up with two outs and hit another RBI single scoring Jonah. Charlie then got plunked for to load up the bases, and Olivia yet again walked to score a run. With two outs and the bases loaded, Adi, smashed a drive to deep left, scoring the fourth run.

In the top of the third, Pirates reliever Will (13) struck out two more batters, and Jonah caught behind the dish for the first time since early July, framing the pitches to help Will earn those K’s.

Bottom of the third, queue another Pirates rally. Oscar, Andre, Lucas (9), Alexia [RBI], Ella [RBI]; and with two down and full count, again Charlie [game tying RBI] and Olivia [go ahead and eventual game winning RBI] each drew a walk.

Though time was tight, the players from both squads pushed on into the top of the fourth. With Pirates closer Adi (7) on the mound, he struck out the first Reds batter. Next, Olivia made a great play to throw out the Reds batter at first on a close chitty chitty bang bang play that could have gone either way without the lengthy stretch by Charlie at First. With two on and two down, Adi did was he does best, by striking out the final out with a full count and power on deck.